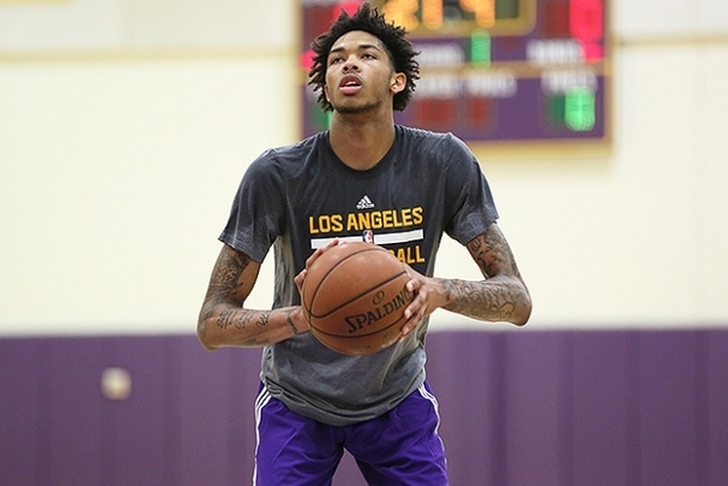 The Los Angeles Lakers drafted who they think will be a potential superstar in Brandon Ingram with the No. 2 overall pick this year, but analysts said Ingram needed to gain weight and strength to be really effective at the NBA level.

The 6'9', 190-pounder has been eating six meals a day to try and add that weight, but doesn't think being skinny will change how good he can be.

"I think it just gives me motivation to show these guys that the skinny part doesn't matter," Ingram said on a conference call after being drafted. "It got me here today. Being skinny didn't mean nothing when I was battling with each and every guy, each and every night."

Lakers general manager Mitch Kupchak agrees that Ingram needs to add weight, but also downplayed how big of a deal it is for him.

"Obviously, the kid needs to get stronger, and he will, but the important thing is that [Ingram] is fearless and he competes," Kupchak told ESPN. "It's going to happen. Naturally."

"That's how they're going to fail in the NBA," Grover says. "[Weight gain should be] a slow process. These are basketball players. These aren't body builders. They move. They perform. They have to perform out there. So they know how their body feels. You can't just pack all this amount of weight on there and expect them to still be able to have the shooting touch and move the same way.

"Assuming Brandon is going to be in the rotation, he's going to be playing quite a bit of minutes, so it makes the challenge even greater -- not only to put on the weight, [but] maintain it, keep his calories up and everything else."

It's also worth noting that Ingram won't turn 19 years old until September 2, meaning his body still has a lot of filling out to do. A lot of weight gain and muscle will be coming naturally over the next few years.