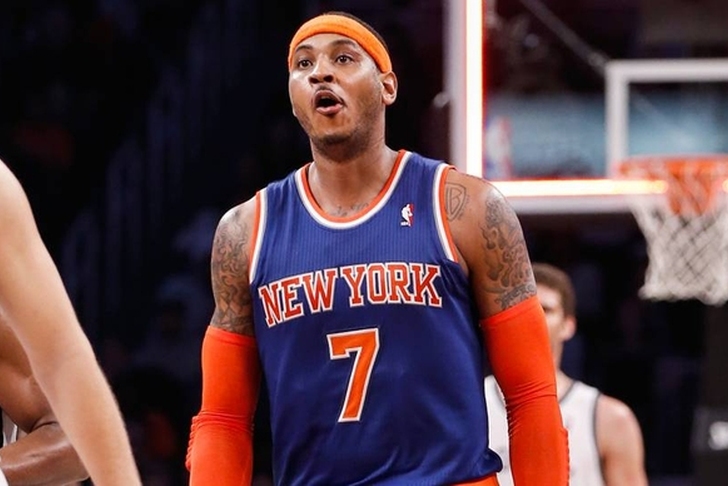 New York Knicks forward Carmelo Anthony finds himself at the center of trade rumors yet again after receiving heavy criticism from FanRag Sports' Charley Rosen, who is known for being one of the people closest to Phil Jackson. As such, there are plenty of rumors about the Knicks shopping Anthony with the Cavs, Clippers and Lakers as the possible destinations.

According to Gil Alcaraz IV on FOXSports.com, the Lakers may be interested in actually making a deal for Carmelo:

Los Angeles can make a move work if they so desire. Even with Anthony’s $24 million contract and 15 percent trade kicker, the Lakers could go with a couple of different packages to make a trade work.

Jordan Clarkson and Jose Calderon would meet the salary requirements, as would Clarkson and Timofey Mozgov. Other options could work, but they would likely include parting with Larry Nance Jr. as well.

Seeing that a deal is possible, should the Lakers pull the trigger? I’ve been adamant about the team standing pat, but who knows where the team’s thought process is. We have to remember the Lakers tried to pull out all the stops to sign Anthony back in 2014.

It obviously didn’t pan out then, but that doesn’t mean the team has lost interest.

Anthony does have a no-trade clause and has repeatedly refused to waive that clause, dampening the prospects of any potential deal. The Lakers have also said they will not trade D'Angelo Russell, Brandon Ingram or Julius Randle.

Anthony is averaging 22.3 points and 6.0 rebounds per game this season.