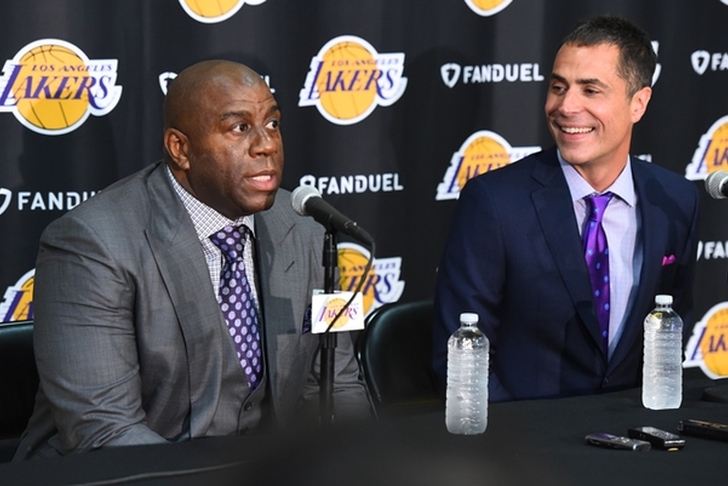 The Los Angeles Lakers opted to keep the No. 2 pick in last night's NBA Draft to take Lonzo Ball instead of trading it for Paul George, but that isn't changing their future plans.

Lindsey Thiry of the Los Angeles Times reports that Los Angeles still plans to acquire two superstars before the start of the 2018 season.

Los Angeles still plans to pursue George in 2018 free agency, and George has remained adamant that he will only sign with the Lakers. As such, it appears unlikely that a trade will be done beforehand.

That would enough cap space for the Lakers to sign two players to max contracts, fulfilling their goal of adding two superstars. Among the players who can or will be unrestricted free agents next summer include George, Russell Westbrook, LeBron James, DeMarcus Cousins, Kevin Durant and DeAndre Jordan. The Lakers figure to be interested in all of them.