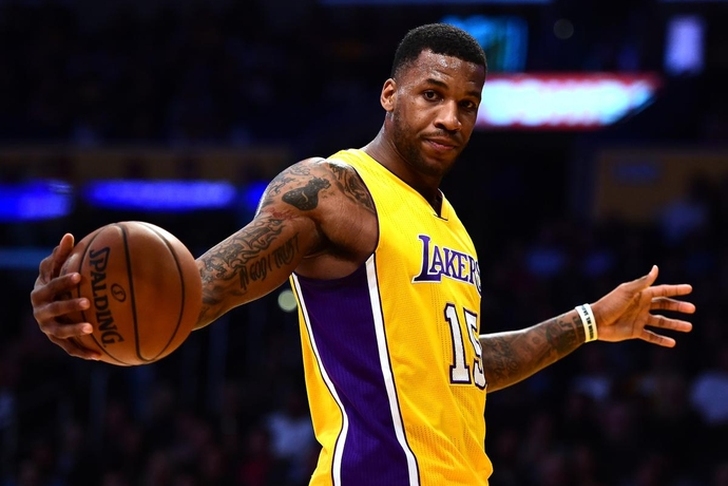 Los Angeles Lakers forward Thomas Robinson signed a one-year deal with the team in the offseason, but that contract won't become full guaranteed until Jan. 10. Robinson was buried on the bench at the start of the season, yet he has flourished in a backup role filling in for Larry Nance Jr., who has missed the last four games with an knee injury.

Because of Robinson's good play, the Lakers are expected to keep him for the remainder of the season, reports Mark Medina of the Orange County Register:

“I just control when my name gets called, and then I go play. That’s all I got to do.” he said. “I’m coming in early, leaving late and being supportive of my team. As far as the decisions the front office makes, I have no control over that.”

The odds appear high he will stick considering his production and Nance’s absence. Though Nance has recently worked out on a weight-bearing treadmill, the Lakers expect him to miss four more weeks.

Lakers coach Luke Walton described Robinson as “a beast on the glass” and Nance said he provides “100 percent energy nonstop.”

“That guy can go. I know that’s supposed to be my thing. But he makes my head spin sometimes,” Nance said. “He works so hard and is on top of the game plan. He fits in with what we’re trying to do, being able to plug in and switch onto those guards and guard bigger guys. Having him as a plug-in has been great.”