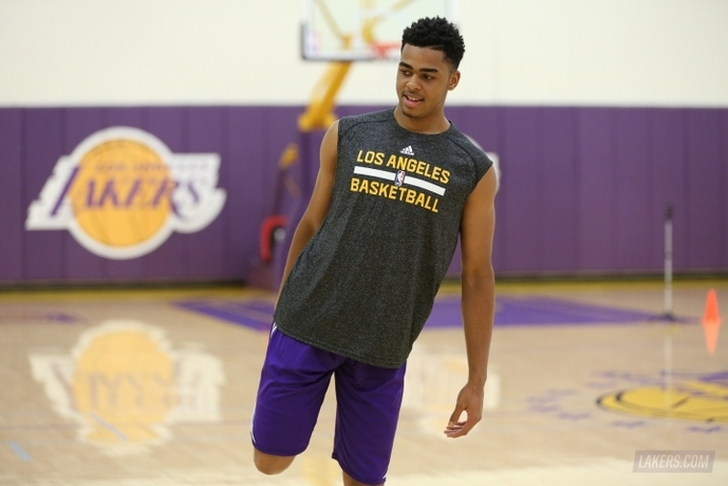 When the Los Angeles Lakers drafted D'Angelo Russell with the No. 2 overall pick in the draft, many assumed that he would be the team's starting point guard. However, Russell recently said he's been given no such assurances from the coaching staff.

D’Angelo (on ESPN710) says has not been told he has the starting PG spot, "Whatever decision coach makes, I know it’ll be the right one.”

Head coach Byron Scott has alluded to starting Russell and Jordan Clarkson in the backcourt while having Kobe Bryant move to small forward, but nothing is set in stone.