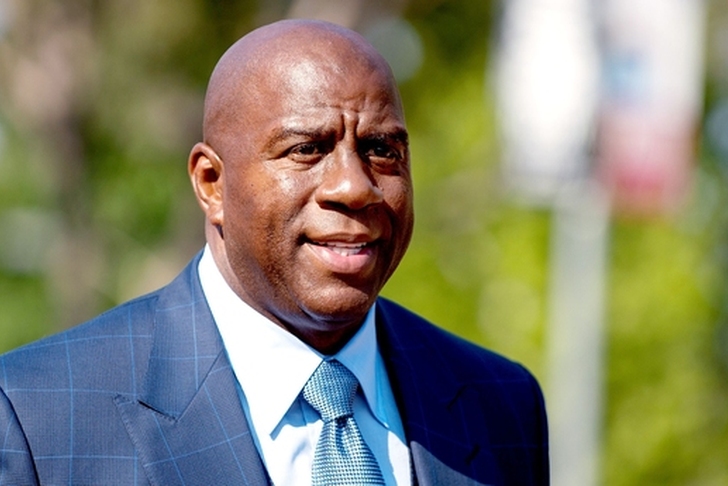 "Today I took a series of actions I believe will return the Lakers to the heights Dr. Jerry Buss demanded and our fans rightly expect," Jeanie Buss said. "Effective immediately, Earvin Johnson will be in charge of all basketball operations and will report directly to me. Our search for a new General Manager to work with Earvin and Coach Luke Walton is well underway and we hope to announce a new General Manager in short order. Together, Earvin, Luke and our new General Manager will establish the foundation for the next generation of Los Angeles Lakers greatness."

"It's a dream come true to return to the Lakers as President of Basketball Operations working closely with Jeanie Buss and the Buss family," said Earvin "Magic" Johnson. "Since 1979, I've been a part of the Laker Nation and I'm passionate about this organization. I will do everything I can to build a winning culture on and off the court. We have a great coach in Luke Walton and good young players. We will work tirelessly to return our Los Angeles Lakers to NBA champions."

Jeanie Buss added, "I took these actions today to achieve one goal: Everyone associated with the Lakers will now be pulling in the same direction, the direction established by Earvin and myself. We are determined to get back to competing to win NBA championships again."

The Lakers originally hired Johnson to serve as an advisor to ownership earlier this month, but had recently expressed interest in being the one who was able to "call the shots."

Johnson had a Hall of Fame playing career for the Lakers, winning five NBA titles and winning the NBA MVP three times in his 13-year career. This is his first stint in an NBA front office role since his retirement, though he is part-owner of the Los Angeles Dodgers, Los Angeles Sparks and Los Angeles Football Club.

Kupchak, who won two NBA titles with the Lakers as a player, gained full general manager duties in 2000, and had held the position ever since then.

Jim Buss took over as executive vice president of basketball operations in 2005 after joining the front office in 1998 as the assistant general manager. He is also part owner of the franchise, and three years ago had said he would step down from his VP role if the Lakers weren't contending in three years.

Los Angeles is currently 19-39 on the season, and are only a half game ahead of the Phoenix Suns for last place in the Western Conference.