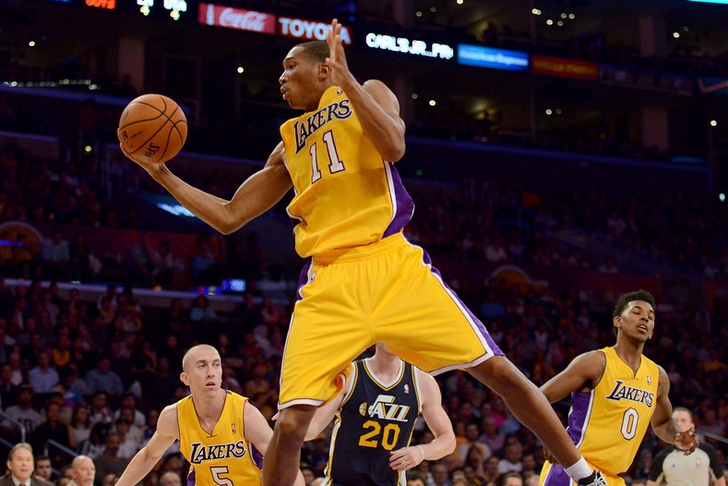 What's the next step for the Los Angeles Lakers after the first weekend of NBA free agency? Here's our Lakers Free Agency Rumors Roundup For July 7th.

Lou Williams agrees to three-year deal with the Lakers

The Los Angeles Lakers have just added one of the underrated pieces on this year's NBA free agency market, agreeing to terms with 2014-15 NBA Sixth Man of the Year Lou Williams on a multi-year deal, per Adrian Wojnarowski of Yahoo! Sports.

Williams, the NBA's sixth man of the year, will join No. 2 overall pick D'Angelo Russell and Jordan Clarkson in the guard rotation.Williams, a volume shooter, averaged 15.5 points on 40.4% shooting in 25.2 minutes per game for the Toronto Raptors in 2014-15.

The Lakers were content to let small forward Wesley Johnson walk in free agency, but he didn't have to leave the city of Los Angeles to find a new team. He agreed to a deal with the Los Angeles Clippers for the veterans minimum.

Seraphin has never averaged more than 21.8 minutes per game in five seasons with the Wizards, but he's a versatile forward adept at both doing work in the block and stepping out to drain mid-range jumpers.