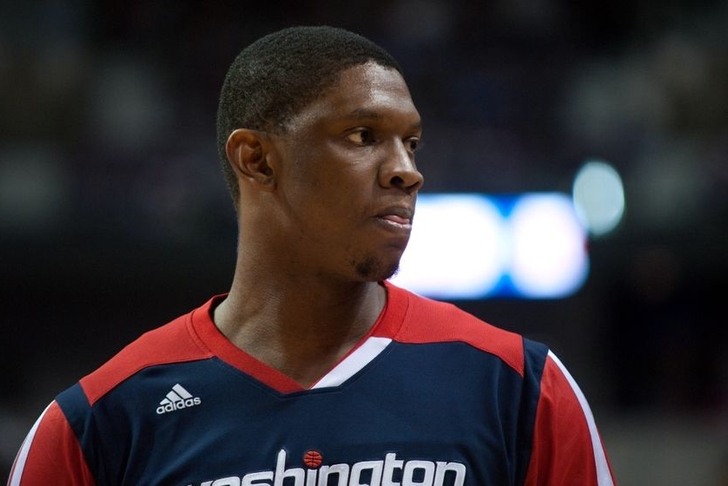 The Los Angeles Lakers provided their own fireworks show on the 4th of July with new that center Roy Hibbert is packing his bags for L.A., but there's plenty of unfinished business to take care of as the first weekend of NBA free agency winds to a close. Here's our Lakers Free Agency Rumors Roundup For July 5th.

Seraphin has never averaged more than 21.8 minutes per game in five seasons with the Wizards, but he's a versatile forward adept at both doing work in the block and stepping out to drain mid-range jumpers.

According to Mark Medina of the L.A. Daily News, there are "active conversations" ongoing surrounding free agent guard Jeremy Lin on the open market. While Medina didn't mention any potential destinations by name, ESPN's Marc Stein reports that the Dallas Mavericks are "firmly in mix for Jeremy Lin — who broke into NBA as a Dallas summer leaguer — but Lin can make more money elsewhere."

Lin averaged 11.2 points and 4.6 assists for the Lakers in 2014-15. He's a solid pick-and-roll threat but remains prone to turnovers and struggles to keep up with his defensive assignments.

The incumbent Lakers and Los Angeles Clippers remain the going frontrunners for the services of free-agent small forward Wesley Johnson, but the Eastern Conference's #1 seed in the 2015 NBA Playoffs is lurking in the background.