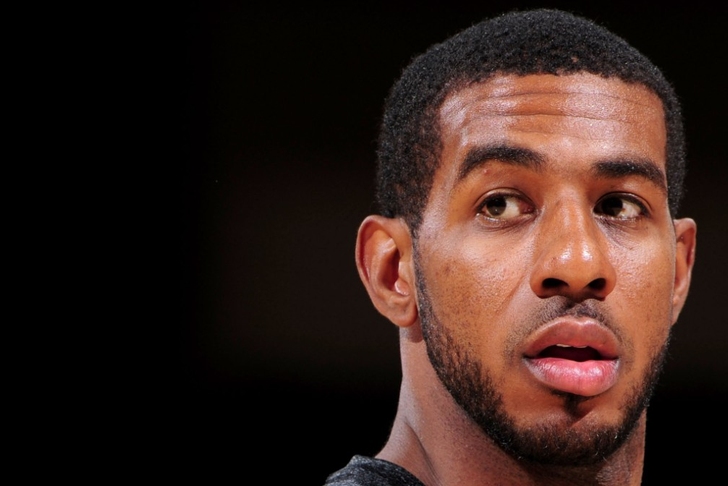 We're midway through the third day of the 2015 NBA free agency period, and there's PLENTY to talk about right about now if you're a Los Angeles Lakers fan. Here's our Lakers Free Agency Rumors Roundup For July 3rd.

The Los Angeles Lakers got a 2nd chance to meet with star free-agent big man LaMarcus Aldridge on Thursday night, and that will likely be their last chance to sway Aldridge their way before he makes his final decision.

According to ESPN's Marc Stein, "LaMarcus Aldridge currently has no plans to make out-of-town visits and, at this stage, plans to take "a couple of days" to digest all the pitches he's received after meeting with multiple teams, sources told ESPN.com on Friday."

Multiple sources indicated that the San Antonio Spurs and Phoenix Suns are the two frontrunners for his services right now, with the Lakers trailing by a hefty margin after a lackluster first meeting with Aldridge.

Plan B For The Lakers?

ESPN's Chris Broussard tweeted out a list of potential Plan Bs for the Lakers if they fail to land one of the marquee names still available in free agency.

The most intriguing name on that list may be Warriors big man David Lee, who would require a $15 million-plus investment in 2015-16 and the offloading of one of Los Angeles' few current trade assets to pry him out of Oakland.

According to multiple media outlets, Jordan is currently choosing between returning to the Los Angeles Clippers and moving on to the Dallas Mavericks in free agency. Jordan's reps informed the New York Knicks on Friday that they were out of the running for the defensive stalwart, and it doesn't appear the Lakers have gained much traction to make a dent in Jordan's current top two.

Things could change as the day wears on, however, so stay tuned.