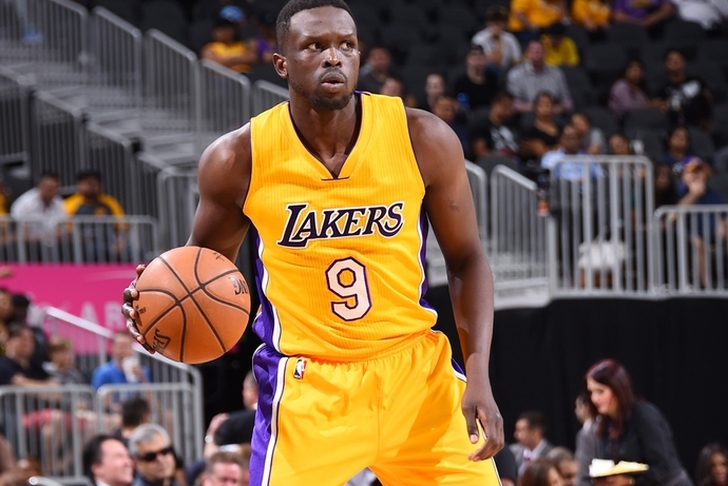 The Los Angeles Lakers have the cap space to be aggressive in free agency this offseason. However, the Lakers are more focused on spending big in the summer of 2018, than adding players this July.

ESPN's Justin Page reports the Lakers want to preserve their cap space for the Summer of 2018, when they can add Paul George and maybe another superstar. As a result, the Lakers will attempt to add players on a one-year deal, or a two-year deal with the second year serving as a team option. The Lakers could then elect to overpay for a player or two to avoid signing a long-term deal.

One area the Lakers could target is more shooting help. The team wants to add more, though price will be an issue.

In addition, Page reports the Lakers could try to dump the bad Luol Deng contract. The Lakers managed to move Timofey Mozgov, but it cost them PG D'Angelo Russell in the process. However, to move Deng, the Lakers would also likely have to attach an asset as well. Deng has three years and $54 million left on his deal.