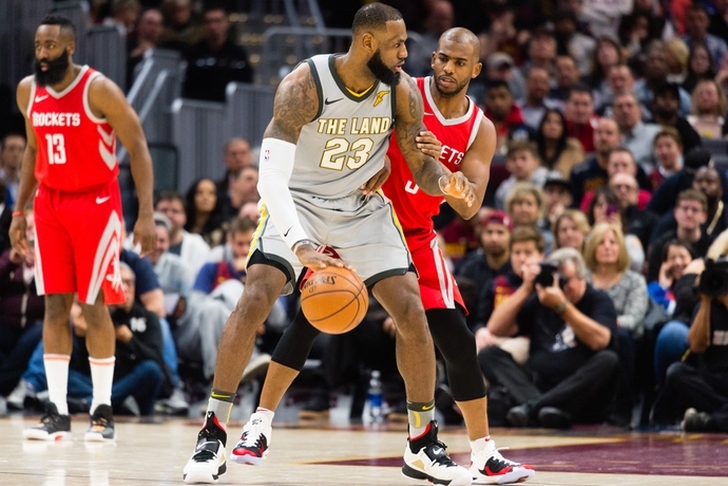 The Los Angeles Lakers' plan for the offseason has long been to acquire two superstars, specifically both LeBron James and Paul George, but another player may be the key for them.

LeBron is obviously LA's top target but they may land Chris Paul along with him instead of George, according to Marc Stein of the New York Times.

My best forecast at this juncture? Fixate on Chris Paul.

If Paul stays with the Rockets, Houston becomes a dangerous player, no matter how complicated it would be for the 65-win Rockets and their general manager, Daryl Morey, to orchestrate the requisite salary-cap gymnastics to bring James in. But don’t discount the idea that James could try to bring Paul with him to a team that can afford two superstars, such as the Lakers, because he and Paul really are that close.

This is not the first time the Lakers have been linked to Chris Paul as they had a deal in place to acquire him in a trade with New Orleans in 2011 before the league vetoed the trade. That led to Paul joining the Los Angeles Clippers, where he played before being dealt to the Houston Rockets last offseason.

That trade to Houston is the only reason why the Lakers have a shot at Paul this offseason. Instead of opting-out of the final year of his contract to sign the Rockets as a free agent, Paul chose to opt-in and force a trade.

The Rockets plan to offer him a max deal in an effort to keep their current core intact.