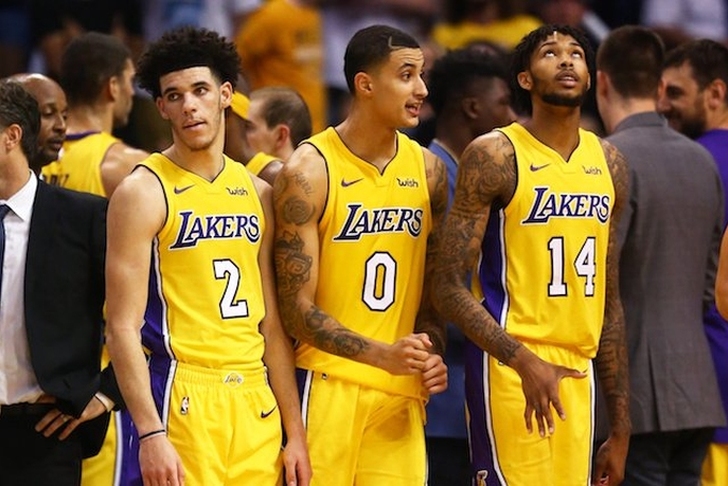 This has been the plan since new team president Magic Johnson and general manager Rob Pelinka took over with Paul George and LeBron James known to be their top two targets.

However, future Hall of Famer Kobe Bryant thinks the Lakers would be better off if they kept their current core intact as opposed to splitting them up for a few All-Stars.

“If you want to be a dynasty or a team that has longevity, those things take time, and generally are grown from within,” Bryant said on on FOX Sports Radio’s Chris and Caron. “You slap a couple All-Stars together, you can maybe win two of three, but eventually players get traded. But if you build a team organically, that dynasty team tends to stay together longer.

“I love everything that I’ve been seeing from these young guys. Their ability to to fight, getting in the gym early, staying late. All these things are things that pay off.”

Los Angeles started the 2017-18 season with the third-youngest roster in the NBA and only one starter (Brook Lopez) over 25 years old.

However, they likely won't be able to add another key young piece in the draft as they don't pick until No. 25 in the draft. Julius Randle is also set to be a restricted free agent this summer.

The Lakers missed the playoffs for the fifth consecutive year last season but posted their best record (35-47) during that time period.