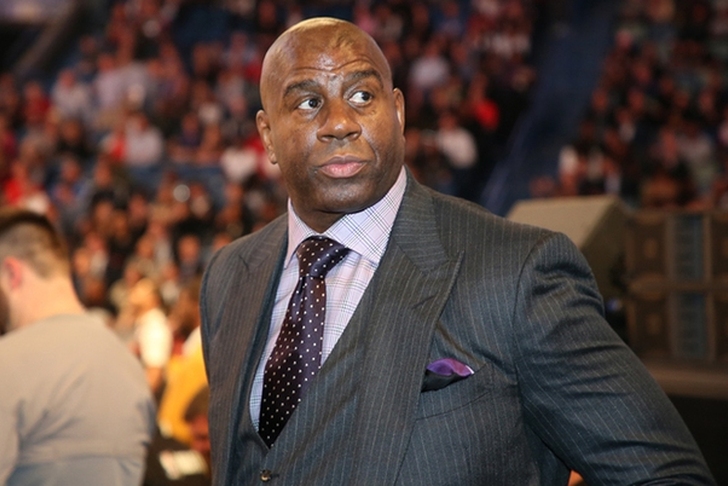 The Los Angeles Lakers are currently projected to have the No. 3 overall pick in the NBA Draft, though that could change in the draft lottery if someone jumps them. Should the pick fall out of the top three, it will go to the 76ers - and the Suns will get their 2019 first round pick as well.

However, the Lakers seem to be doing more than simply hoping they keep that pick. Head coach Luke Walton told CBS Sports' We Need to Talk that team president Magic Johnson pretty much told him that LA is guaranteed to get that top three pick:

"Magic's already ensured me that we're going to get our top three pick this year so I'm excited about that," Walton said on Wednesday. "We don't know who the pick is yet, but I was just happy to know that we were getting the pick. That's good enough for me for now."

The NBA Draft Lottery has always been full of conspiracies, so if the Lakers do end up with a top three pick, we can add this to the list.

Los Angeles hasn't finished with a winning record since the 2012-13 season, and with this being a very strong draft class with several projected superstars at the top, keeping the pick would certainly speed up their rebuild.