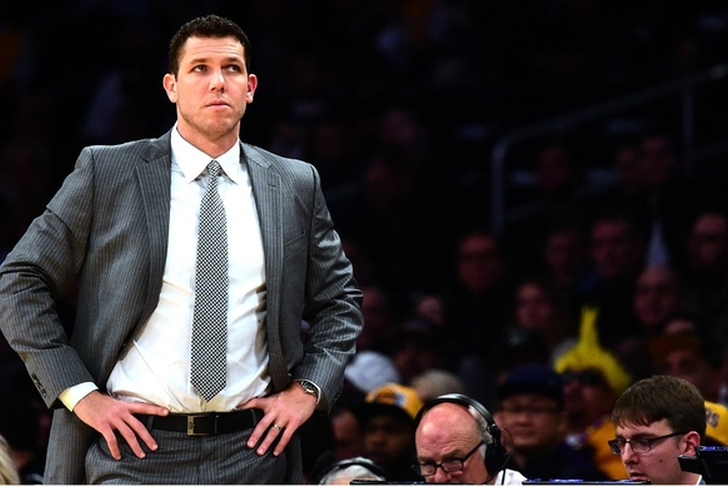 The Los Angeles Lakers are widely expected to select UCLA's Lonzo Ball wi the No. 2 overall pick in the NBA Draft, but some wondered if the antics of LaVar Ball, Lonzo's father, would impact the Lakers' decision.

However, Lakers head coach Luke Walton told The Dan Patrick Show and TMZ Sports that he's not worried about dealing with LaVar for a number of reasons, according to Andrew Joseph of USA Today.

Lakers head coach Luke Walton told The Dan Patrick Show last week that he plans to reach out to UCLA about dealing with LaVar Ball, but he doesn't sound too worried about the outspoken father of Lonzo Ball.

One potential drawback of taking Ball with the No. 2 pick would be, of course, dealing with LaVar Ball. As we know, LaVar Ball also says a lot things - some of which could trouble NBA teams. In an interview with TMZ, Walton said that his father helped prepare him for another big personality.

Walton refused to answer when asked if LaVar would be welcomed at Lakers practices, saying he couldn't really address the issue since Lonzo is not on the team yet.

However, the Lakers are extremely confident that's who they'll get. After they were awarded the No. 2 pick in the lottery, they started fielding offers for D'Angelo Russell.