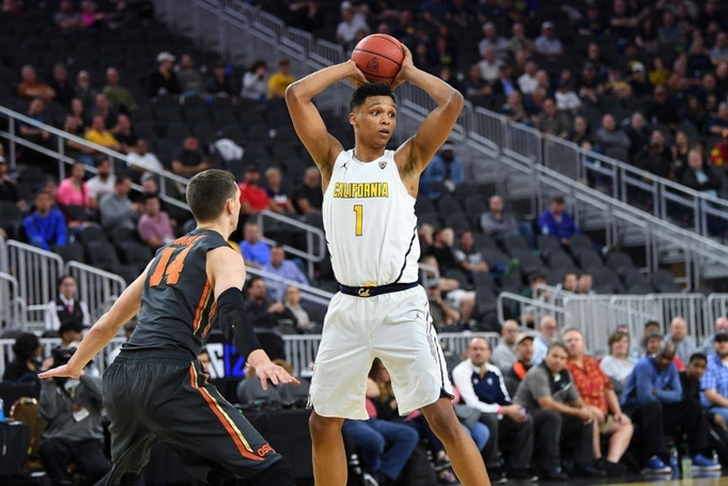 The Los Angeles Lakers announced that they are holding a workout with six prospects on Tuesday, headlined by Cal forward Ivan Rabb.

In the gym this morning for draft workouts https://t.co/nsfDPVcJ2p pic.twitter.com/HSVlYTY2ZA

Of those prospects, Rabb is the only one that is projected to be a first-round pick, and he's expected to go late in the first round. I have him going No. 25 to the Orlando Magic in my latest mock draft, but Los Angeles could be hoping he falls to them at No. 28.

Rabb would have likely been a lottery pick if he entered the 2016 draft after his freshman season at Cal, but opted to return to school to continue to work on his game. He entered the season as a projected lottery pick, but slid after failing to have the impact many expected.

That's not to say that Rabb wasn't productive at Cal and isn't a high-upside prospect. He was one of a small number of Division I players who averaged a double-double (14.0 ppg, 10.5 rpg) last season and projects to be a prototype stretch four at the NBA level due. However, Rabb's biggest problem is his tendency to fade out of games offensively from time to time because of his passiveness.

His stretch-four ability would make him a good fit with the Lakers. In their up-tempo system, Rabb's athleticism and perimeter shooting allows him to get up-and-down and stretch the court, all of which Los Angeles is looking for in their big men.

The other five prospects are all projected to be late second-round picks, but without a second-round pick, the Lakers are doing research in case they want to sign one of them as an undrafted free agent.