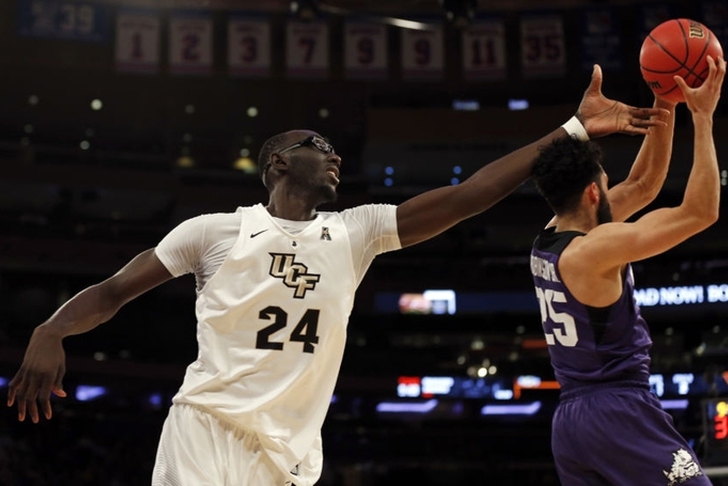 Despite not knowing if they will be able to keep their top-three pick in the NBA Draft, the Los Angeles Lakers have started holding workouts with prospects, according to Tania Ganguli of the Los Angeles Times:

Lakers have started workouts with draft prospects. Had two on Wednesday one yesterday. Of course, heavy lifting comes in next couple weeks.

The Lakers are guaranteed to have the Rockets' first round pick (No. 28 overall), so there is merit for the workouts. It's not clear who all the players are at this time, they were likely prospects LA may consider with that pick or possible undrafted free agents. Prospects at the top of the draft usually won't work out for teams until after the draft lottery.

Though the three prospects were unnamed, 7-foot-6 UCF center Tacko Fall posted on Instagram that he is one of those players.

Fall's massive size and eight-foot wingspan obviously makes him an intriguing prospect, but the lack of mobility and agility that comes with being that size is the biggest negative in his game.

He currently is testing draft waters and has not hired an agent, leaving the door open for him to return to UCF next year. The sophomore is expected to be a late-second round pick or undrafted. He is likely not in play for LA's No. 28 pick.