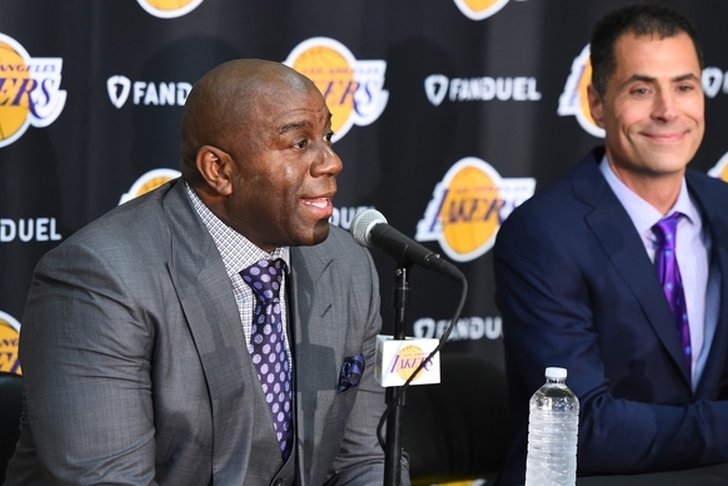 The Los Angeles Lakers currently holds the No. 2 and No. 28 picks in Thursday's NBA Draft, but if they have it their way, they'll add another pick to their arsenal.

According to ESPN's Ramona Shelburne, the Lakers have already contacted several teams about acquiring another first-round pick.

The Lakers have engaged at least two teams in the lottery, sources said, as they search for players to improve their outside shooting and perimeter defense.

Los Angeles had also previously discussed trading the No. 2 pick, but that appears to be very unlikely at this time.

If they can add another lottery pick, the Lakers plan to take Duke's Luke Kennard, who they are very high on after working him out earlier this month.

It remains to be seen if the Lakers are willing to include the No. 28 pick as part of a deal to acquire another selection in the lottery, as they don't have many future picks they can swap. Boston now owns the rights to their 2018 first-round pick (protected for picks 2-5).

The Lakers have made D'Angelo Russell, Julius Randle and Jordan Clarkson available in trade talks earlier this offseason, and one or more of those players would probably be included in any deal. Russell appears to be the player LA is most aggressively shopping.