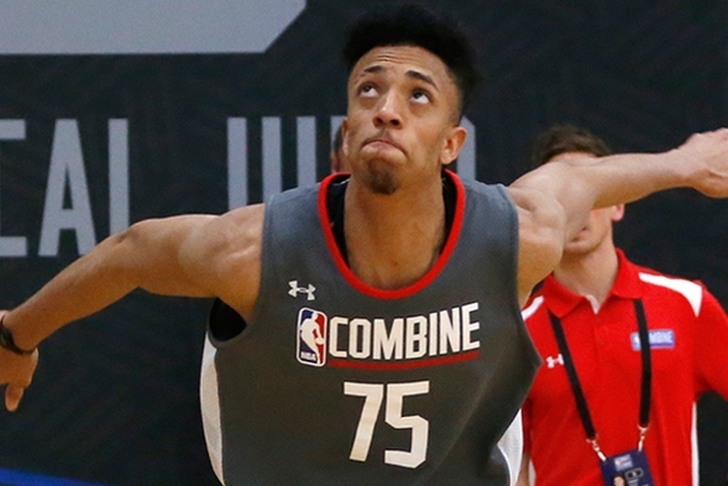 It's all but a given that the Los Angeles Lakers will take UCLA PG Lonzo Ball with the No. 2 overall pick in the NBA Draft, but what about their other first round pick?

The Lakers also have the No. 28 pick, and there figures to be a wide variety of prospects that will be available to them. What direction will they go? Sports Illustrated's Andrew Sharp thinks they take French big man Jonathan Jeanne in his latest mock draft.

Jeanne is a 7’1” French big man with a 7’6” wingspan and a 9’5” standing reach. He was probably the biggest standout at the NBA Draft Combine. He also only played 13 minutes-a-game for his club team this year, where he averaged 3.9 points and 3.7 rebounds. He'll go first round thanks to Gobert comparisons, but nobody knows what'll happen from there.

Jeanne does have immense upside thanks to his size, athleticism and range stretching out to the three-point line, but he's probably a year or two away from being able to contribute at the NBA level. At only 207 lbs., he needs time to add strength to handle the physicality at the NBA level.

However, Jeanne may not be on the board when the Lakers pick. He is projected to go anywhere in the 20-35 range, and I have him going to the Nets at No. 27.

The Lakers have also been linked to Purdue big man Caleb Swanigan with the No. 28 selection, but he has yet to decide if he will remain in the draft or return to school for another season.