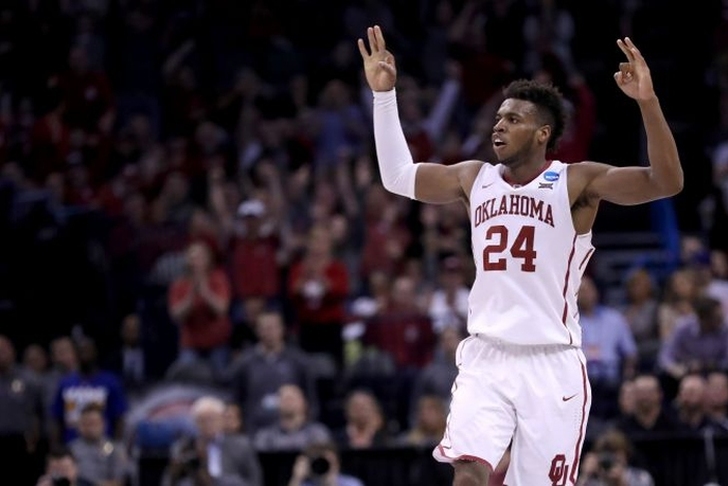 It has been a foregone conclusion that the Los Angeles Lakers will take Duke swingman Brandon Ingram with the No. 2 overall pick in the draft, but they may be poised to throw everyone a curveball.

According to Mark Medina of the Los Angeles Daily News, Oklahoma guard Buddy Hield is confident that LA will draft him with the second pick.

Buddy Hield expressed confidence that Lakers will select him at No. 2

Buddy Hield on Lakers drafting him: "They're losing Kobe, and they need a scorer. So why not?"

Lakers aren't expected to have any more workouts for consideration of No. 2 pick. Doesn't look like Simmons will work out w/ them

Hield also worked out for the Timberwolves this week, and is projected to go between 5-7 overall to Minnesota, New Orleans or Denver.

He averaged 25.0 points and 5.7 rebounds per game for Oklahoma last season, leading them to a Final Four berth while winning the Wooden Award as the nation's best player.