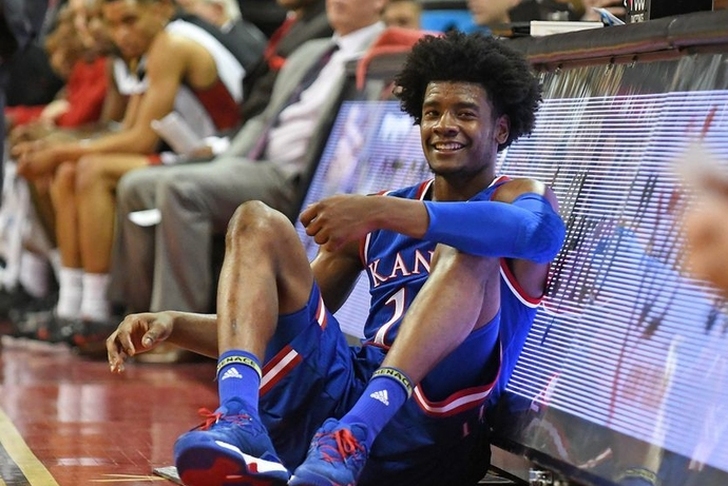 The Los Angeles Lakers are reportedly "split" on Lonzo Ball and Josh Jackson with the No. 2 overall pick in next week's NBA Draft, but Ball is still the favorite of the two.

However, that may be changing soon. Adrian Wojnarowski said on The Vertical Podcast with Woj that the Lakers are "really looking hard" at Jackson.

Josh Jackson from Kansas has really moved himself into consideration a little bit in No. 1. He did cancel a workout with Boston. He is not going there yet. That could change, there’s still time. But the Lakers have are really looking hard at Josh Jackson.

Even though the Celtics are considering Jackson with the top pick, it will be a complete shock if they took him over Markelle Fultz. If they do, the Lakers will take Fultz, no questions asked. Fultz worked out for Los Angeles yesterday.

Los Angeles had also been considering Kentucky's De'Aaron Fox with the No. 2 pick, but he appears to be out of the running at this time.

There's no doubt that Jackson has impressed the Lakers - and many other teams - in his workouts and interviews, but I would still be shocked if they take him over Ball. LA has been going out of their way to do their due diligence and give the illusion that they aren't set on drafting Ball, but I'm hearing they still plan to take him.

The Lakers are rumored to be trying to trade the pick, so this could simply be a smokescreen to try and generate more trade interest.

Jackson averaged 16.3 points, 7.4 rebounds and 3.0 assists per game as a freshman at Kansas last season.