Lakers Draft Rumors: Los Angeles Meets With Josh Hart, Targeting Him At End Of 1st Round? 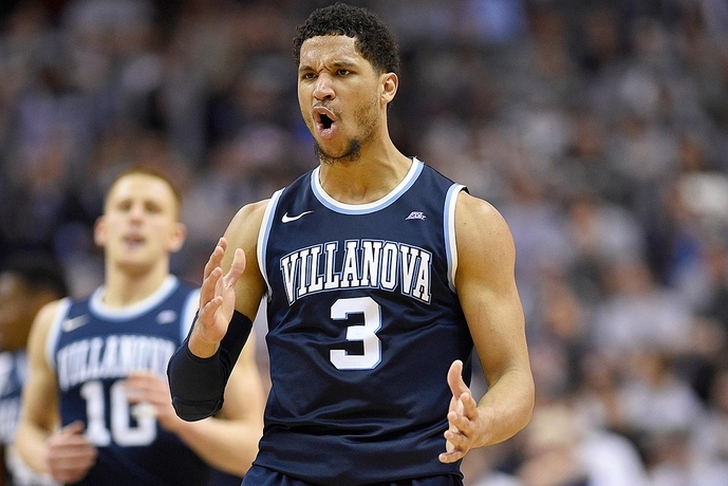 However, one of the most interesting meetings they had was with Villanova guard Josh Hart. The versatile first team All-American was listed as a shooting guard/small forward combination, but wants to play whatever role is necessary at the next level.

“Someone who's a winner,” he said when describing himself at the combine. “Anyone that knows me, knows where I come from with definitely Villanova, knows I'm about winning. It's not about individual. It's not about ego. I'm a team player.”

Los Angeles needs wing help, and Hart fits in perfectly as a "3-&-D" bench prospect. Given that the No. 28 overall pick is the only selection the Lakers are guaranteed to have in the upcoming draft, LA is looking for value with that pick. Hart thinks he can provide that value.

“I’m mature, mentally and physically,” Hart said. “I’m a senior, I’m a four-year guy, I guess I’m an old head compared to some of these guys. But I think I’m able to come in and make an impact right away. Coming from that culture, coming from Coach (Jay) Wright being polished as a professional, and that’s not just on the court, I think that kind of gives me a step up.”

Los Angeles will also get the No. 33 pick (third pick of the second round) if their first pick falls out of the top three (in which case, it would go to the 76ers). The former Villanova star would most likely be an option with that second round pick, but if the Lakers lose it, he may come into play with the No. 28 selection.

Hart, who won the Julius Erving Award for the best small forward in college basketball this past season, averaged 18.7 points, 6.4 rebounds and 2.9 assists per game.