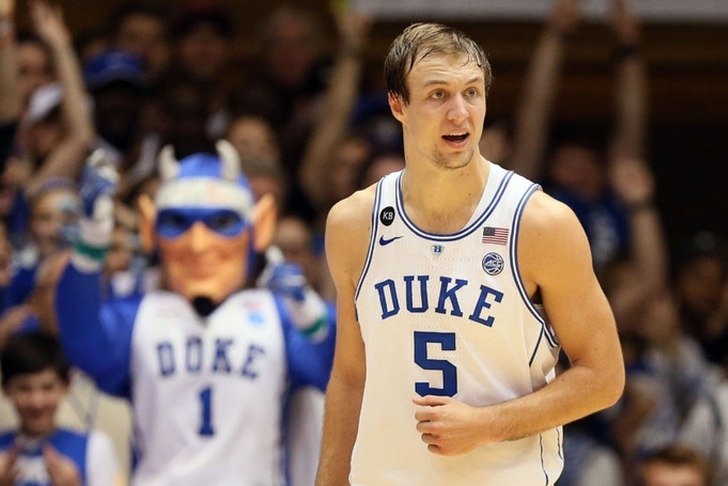 The Los Angeles Lakers have expressed interest in trading down from the No. 2 spot, and the Phoenix Suns have emerged as the most likely trade partner, according to ESPN's Chad Ford:

The Lakers held internal discussions about trading back two spots to No. 4 if the Suns were to offer them a 2018 first-round pick. The Suns hold their own 2018 pick (which currently projects to be a high lottery pick) as well as the rights to the Miami Heat’s 2018 pick. The latter pick is top-seven-protected in 2018 but unprotected in 2019.

The Lakers believe that Ball or Jackson might be available at the No. 4 spot. If not, the Lakers are still very high on Fox and Tatum, and believe that securing an additional prospect might be worth dropping two spots in the draft.

Phoenix is very, very high on Lonzo Ball, who they think is the perfect fit next to Devin Booker in the backcourt, and that would be who they would trade up for. The 6-foot-6, 190-pound Ball averaged 14.6 points, 7.6 assists and 6.0 rebounds per game while leading UCLA to a 31-5 record this season.

However, the Suns aren't the only team interested in trading up, as the Sacramento Kings also have interest in doing so. They have discussed packaging the No. 5 and No. 10 picks to get a top pick - a deal the Lakers would be very interested in.

Los Angeles is looking for a trade that can land them a second top 10 pick because of how interested they are in Luke Kennard, according to Ford.

And a Lakers source said he’d be a favorite if the team ends up with a second pick in the top 10.

Kennard already worked out for the Lakers and impressed them with this shooting ability and surprising athleticism. The Duke product averaged 19.5 points, 5.1 rebounds and 2.5 assists per game as a sophomore last season.