Lakers Draft Rumors: Los Angeles Down To Two Options With No. 2 Pick 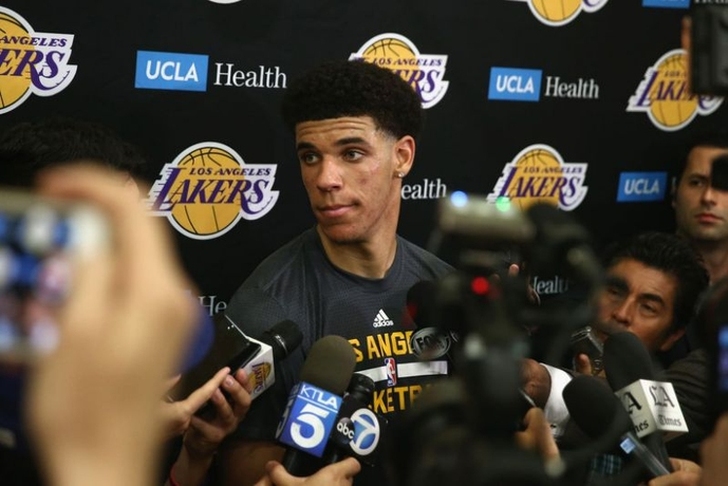 With the 2017 NBA Draft just hours away, the Los Angeles Lakers have reportedly narrowed their thinking down to two choices with the No. 2 overall pick.

According to ESPN's Chad Ford, LA will take Lonzo Ball with the selection - unless they trade it to the Indiana Pacers for Paul George.

The Lakers started sending signals over the weekend that Ball was going to be their guy if they kept this pick. The trade of D'Angelo Russell to the Nets is yet another piece of evidence that Ball is coming. The only thing that derails this scenario now is if the Lakers feel as if they have to part with the No. 2 pick to get Paul George.

The Lakers are reportedly the only team that is still interested in trading for George before or during the draft.

After acquiring the No. 27 pick from the Brooklyn Nets in the D'Angelo Russell trade, Los Angeles offered Julius Randle or Jordan Clarkson, the No. 27 pick and the No. 28 pick to Indiana for George, but the Pacers are balking at the offer.

They are insistent upon the No. 2 pick being included in any deal, and as of yesterday, the Lakers were adamant about not trading that pick. Los Angeles agreed to trade Russell because they didn't see a place for him with Ball on the roster.