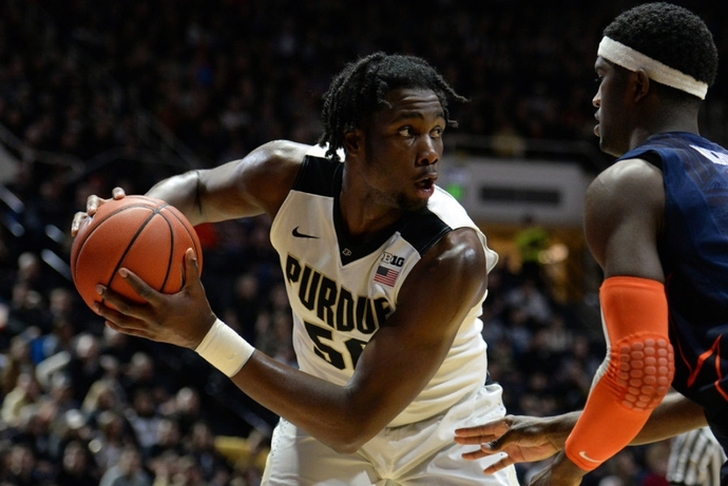 The Los Angeles Lakers are hoping to hold onto their top three pick in the NBA Draft (it goes to the 76ers if if falls out of the top three), but they are guaranteed to have the No. 28 pick thanks to the Lou Williams trade.

In a deep draft, the Lakers should be able to get a contributor with that pick. According to Fansided's Eric Brown, that pick should be Purdue big man Caleb Swanigan.

Swanigan is your prototypical big man bruiser. The one very important aspect about his game is that, unlike many players his size, he has the ability to step outside to hit a 3-point shot when needed.

Along with being named a first-team All-American last season, “Biggie Swanigan” broke many Purdue records. He finished the season with a 28 double-doubles in 35 games. That number is tied for 13th in NCAA history.

Swanigan would fit right into the Lakers mold, a high-energy type of player who gives it his all on every play. If the Lakers decide to move on from Timofey Mozgov this offseason, Swanigan is just the man to step right into the back-up center role.

Swanigan is the rare kind of true big man that can be effective in an up-tempo system like LA's. He does have limited foot speed, which will hurt him defensively and keep him from being a starter, but his wide range of offensive skills will likely turn him into a good bench player.