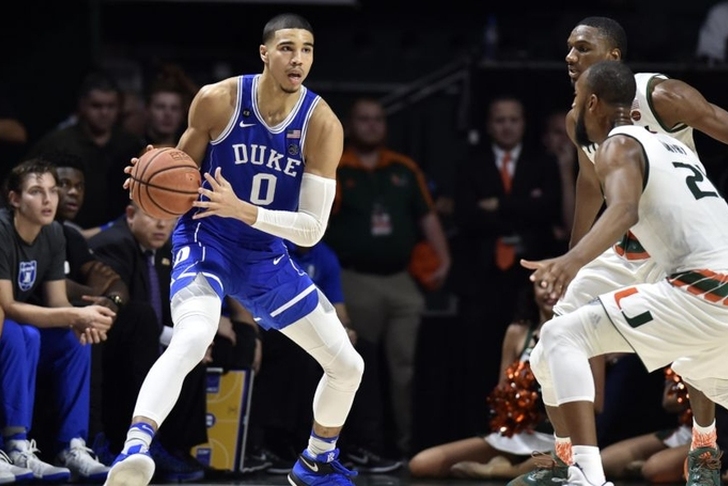 Duke Blue Devils forward Jayson Tatum is projected to be a top five pick in the upcoming NBA Draft, and if the Los Angeles Lakers are able to keep their top-three pick, he could come into play.

As for Tatum himself, he doesn't think he'll last that long. In his mind, he's the top prospect in the draft.

“I feel like I’m the most skilled player," Tatum told The Sidelines with Evan Daniels. "Just at my height and my size, just to be able to score from anywhere on the floor, I think that’s kinda what separates me. You know, I’m kind of an overall player, I feel like I can do it all. I rebound well, I’ll get blocks and assists. I”m not the best defender in the draft but I’ve definitely held my own. I feel like I’m the hardest worker, I don’t think anybody has outworked me, and that’s what I bring to the table. I’m always willing to learn and I just love working on my craft, to get better as much as I can.”

Despite those comments, Tatum largely isn't in consideration for the No. 1 pick - and the Lakers don't seem to be considering him, either. Los Angeles is mostly targeting point guards if they keep their top pick, with Kansas' Josh Jackson being the only wing player they are considering.

Tatum is arguably the most versatile scorer in this class, but his game is very similar to Brandon Ingram's, who the Lakers used the No. 2 overall pick on last year. As such, Tatum appears to be off their draft board.