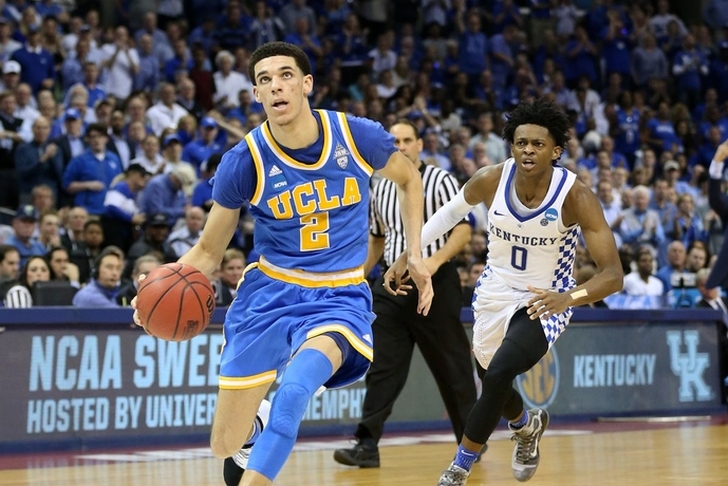 The Los Angeles Lakers currently have the No. 3 overall pick in the NBA Draft, though that could change in the draft lottery. If someone jumps them and the pick falls out of the top three, the selection will go to the 76ers.

Obviously, the Lakers are hoping to keep that pick, and are operating as if they will have one of the top picks. As such, they have identified UCLA point guard Lonzo Ball as their top target, according to ESPN's Chad Ford.

The Lakers appear to be enamored with Ball, a local product who could add star power to a team desperately in search of it. But they'll likely have to land in the top two to get him.

Ball is projected to be a top two pick, and there's a chance he could wind up as the No. 1 overall pick over Washington point guard Markelle Fultz.  The Lakers are hoping he will be available whenever they pick. Even if they win the lottery and get that top selection, they plan to take Ball over Fultz.

Ball, who is a Chino Hills native, has said that he would prefer to be drafted by the Lakers.

"The Lakers are in L.A., and they're close to home," Ball told The Vertical. "This is where all my family is. Hopefully, they have a nice pick and they have a chance to get me. I want this to be realistic. Just being very family-oriented, to play in front of them would mean a lot to me. The Lakers are a young team and they have a lot of young talent.

"I can learn a lot from Magic, and it would be a blessing for me to be able to take after him each and every day. Magic is probably the best guard to ever play the game. The fact that he also played as a big guard, he can show me things. I would love to have that sit-down and learn to be the best player I can be."