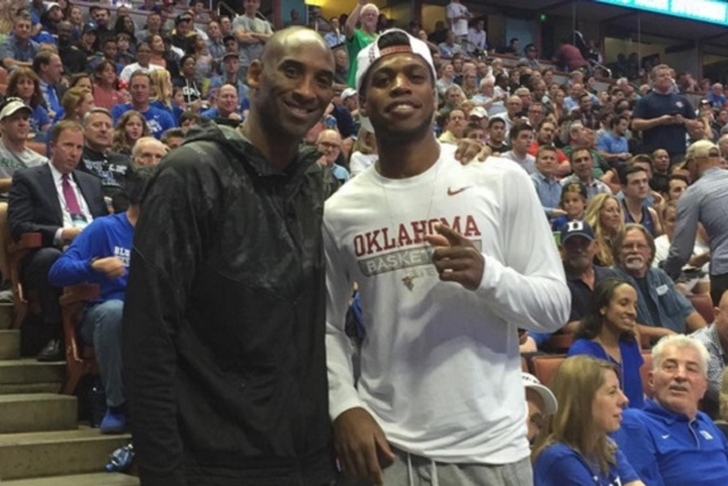 Los Angeles Lakers star Kobe Bryant took in the NCAA Tournament Regional in Anaheim over the weekend, getting a close look at Oklahoma Sooners star Buddy Hield. Even though he only saw two games, Bryant was quick to praise Hield.

“Heck of a performance, man,” said Bryant. “That’s the kind of fault you want. He looked phenomenal.”

As for his NBA future? Bryant had even bigger things to say about Hield.

“[He's] a franchise player. Those aren’t easy to find. But this is the Lakers organization and this is what we expect here.

“Same way he’s playing in college is the same way I anticipate him playing in the league. I don’t think it’s overly complicated. People tend to overthink players a lot. People try to nitpick. It’s easy. The guy can play, he can play. It doesn’t take a rocket scientist to figure that out. He’ll be just fine.”

Hield is projected to be a top 10 pick in the NBA Draft this summer, but the Lakers will only have a pick if it lands in the top three. Safe to say, Bryant will be campaigning for this then former team to draft the Oklahoma star.