Kobe Bryant Pens Letter To Basketball, Says This Season Will Be His Last 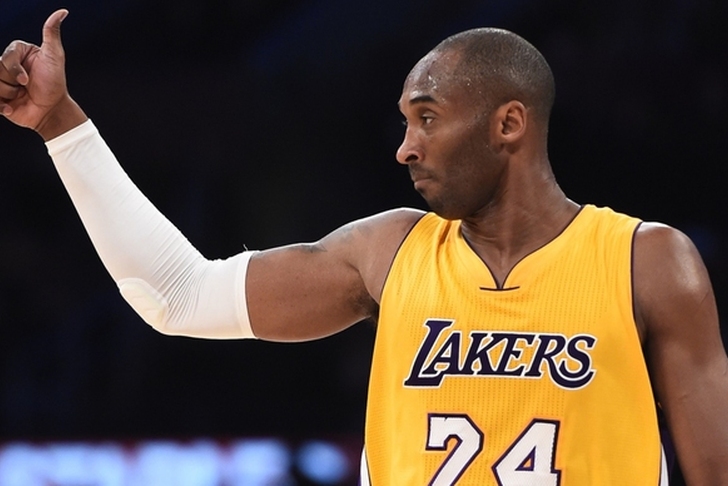 Los Angeles Lakers star Kobe Bryant penned a poem released on the Players' Tribune website on Sunday which suggests that the 2015-16 NBA season will be his last.

"You gave a six-year-old boy his Laker dream And I’ll always love you for it. But I can’t love you obsessively for much longer. This season is all I have left to give. My heart can take the pounding My mind can handle the grind But my body knows it’s time to say goodbye.

"And that’s OK. I’m ready to let you go. I want you to know now So we both can savor every moment we have left together. The good and the bad. We have given each other All that we have."

ESPN's Marc Stein added on Twitter that "Kobe told me two weeks in ago in Dallas that he has no plans for a farewell season in Italy or China or somewhere abroad. Seems this is it."

Rumors have swirled since last season that Kobe would hang up his sneakers following this season, with several sources close to the Lakers superstar intimating that he'd run out his contract with his team and retire. Today's Player's Tribune post reinforces things, giving fans a definitive farewell tour as Kobe plays out the string in 2015-16.

The 37-year-old superstar's career accomplishments will resonate for decades and decades to come, with his place secured as the most recognizable (and successful) superstar of the post-Michael Jordan era. It's also apropos that Bryant is signalling the end of his career with an open letter, considering that Jordan did the same before he walked off the court for good.

Bryant has five championship rings over the course of his two-decade career to go with his two Finals MVP awards, 2007-08 NBA award, 17 All-Star Game appearances, and 27 combined All-Defensive/All-NBA honors.

That's just a small sampling of Kobe's personal achievements. He's also third all-time in NBA history for points scored, ninth in minutes played, fifth in field goals made and a top-20 entrant for a host of other career categories. He was also the shining gem of the high-school player exodus to the NBA, making his mark on the league before he hit his teens. The NBA has since enforced age and college requirements, likely meaning that no player from here on out will make as big of an impact at such a young age as Kobe did in his teens.