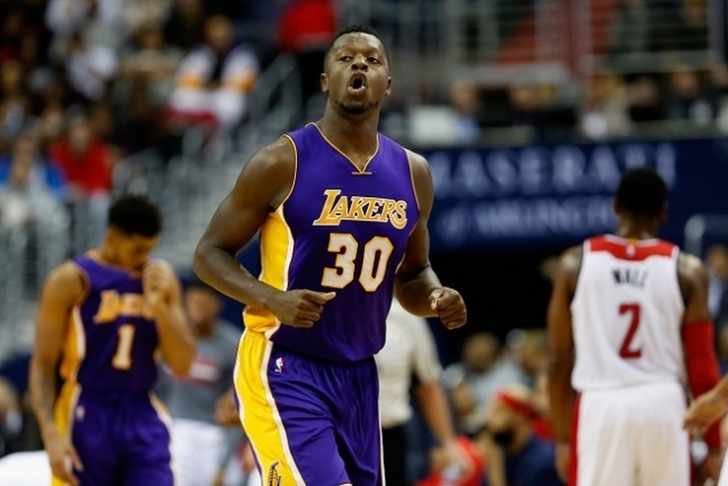 Los Angeles Lakers forward Julius Randle was demoted from the starting lineup to the bench last week by head coach Byron Scott, something that Randle wasn't a fan of. Outside of his double-double against the Timberwolves, he has really struggled coming off the bench, averaging 5.5 points on 20 percent shooting in the Lakers' last two games.

Randle himself admitted to have trouble adjusting to the new role, saying he's having trouble getting into rhythm.

“When you sit nine or 10 minutes, you get in and try to feel out the flow of the game. It’s a completely different feeling.”

The second-year man out of Kentucky is averaging 11.6 points and 9.3 rebounds in 27.7 minutes per game, though he has only been getting 21.5 minutes over the past two games.

Rookie Larry Nance Jr. has taken over Randle's starting spot and is averaging 4.0 points and 3.0 rebounds over the past three games.