Here's What The Lakers Are Willing To Trade For Paul George 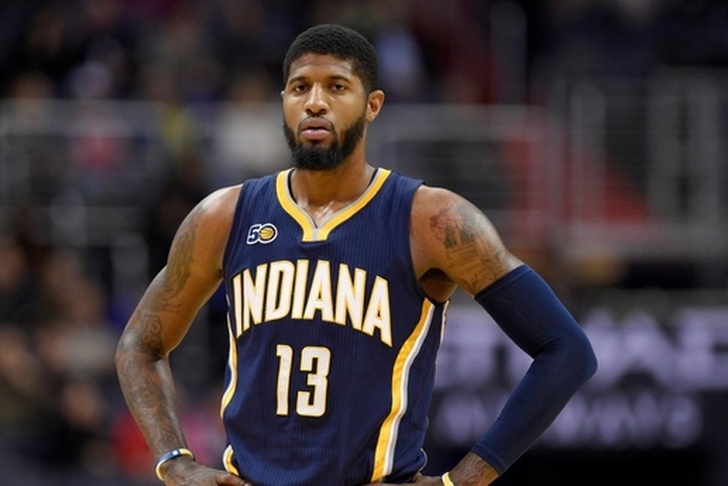 UPDATE: With the Lakers adding another first round pick, they're reportedly upped their offer:

Can the Lakers now land Paul George by offering Thursday's No. 27 and 28 picks and either Julius Randle or Jordan Clarkson? They're trying.

That report from Stein fits well with what Adrian Wojnarowski reported yesterday.

Original story from 6/19 below:

Paul George wants to play for the Los Angeles Lakers, but the question remains if the Lakers will make a trade for him now or wait until next free agency. If the Lakers do elect to add George to the roster right now, they're aren't going to sacrifice much in a trade with the Indiana Pacers.

Clarkson is set to be the odd man out of the starting lineup if the Lakers draft Lonzo Ball. De'Angelo Russell and Lonzo Ball would be the starters at the guard spots. Randle is coming off his best season, but he's not a superstar player and will be due a new contract in the near future.

Wojnarowski adds that George isn't looking to make things easy for the Pacers to find a non-Lakers trade partner.

"I think Paul is fine with playing this year out in Indiana," Wojnarowski said. "I think he'd almost prefer to play this year out in Indiana than all of a sudden be a player who is wearing one uniform and then another uniform in L.A ... I don't know if they want to make it easy for a Boston or a Cleveland to do a trade for him. I think he'd prefer that he'd just stay in Indiana or be traded to the Lakers. I don't think Paul's camp is going to help this process along in terms of finding a team outside of L.A. to move him to."

Teams like the Cavs have already expressed interest in adding George and others could make a move to land the gifted forward. However, the Pacers won't get much in return for George, since he's clearly only a rental.