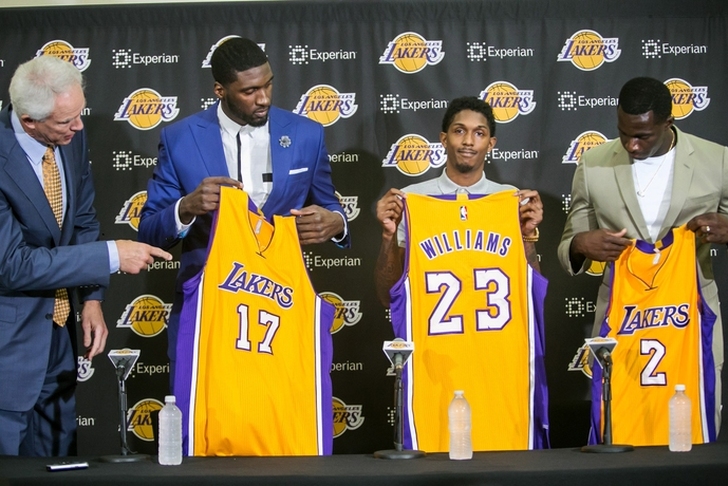 There have been plenty of rumors swirling around the NBA and potential trades this season as the trade deadline approaches. The Los Angeles Lakers haven't been linked to many trades, but that could change as we head towards Thursday's trade deadline.

Because of a lack of hard rumors or news surrounding the Lakers, this is mostly speculation. Keeping that in mind, here are three trades the Lakers could make before the deadline:

This is Memphis looking for a short-term replacement for the injured Marc Gasol. Hibbert is not the player he once was, but there aren't many options for Memphis. The money works out, and Wright could contribute for a few years for the Lakers. Green is on the last year of his deal. This deal is one the Lakers would likely pull the trigger on, but one Memphis might say no to.

Bass is a likely candidate to be moved, in large part because he's a cheap, quality big man who can help a contender. That's exactly what the Raptors need and Bass would be an upgrade over Johnson. Nogueira has some upside, and this deal seems fair enough. For more Lakers coverage, download the Chat Sports Android and iPhone app.

As much as the Lakers might like to land Al Horford, that seems unlikely given their current assets. But landing a player like Hardaway in exchange for Bass seems fair. Holliday is just there to balance out the money side of things. The Hawks have other trade opportunities in front of them, but getting Bass could help offset trading away Horford, if the team elects to go that route.