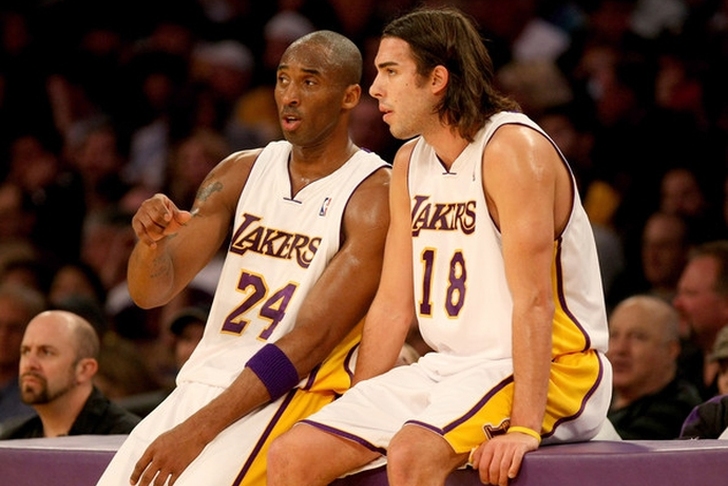 Los Angeles Lakers guard Kobe Bryant formally announced that he will retire following this season in a poem released on the Players' Tribune. While he says he's "ready to let basketball go," his former teammate Sasha Vujacic, now with the New York Knicks, thinks will eventually come back out of retirement.

“He’ll be bored with retirement, so he might come back,” Vujacic said via the New York Post. “You never know … He can always come back. He’s one of the best to ever play. If he feels enough is enough, I salute him. … He’ll be missed. He’s a true champion. I learned a lot from him. He’s someone that showed a lot of people the way, and I’m one of them.”

In his announcement, Bryant expressed that he's simply lost the will to play the game.

"You gave a six-year-old boy his Laker dream And I’ll always love you for it. But I can’t love you obsessively for much longer. This season is all I have left to give. My heart can take the pounding My mind can handle the grind But my body knows it’s time to say goodbye.

"And that’s OK. I’m ready to let you go. I want you to know now So we both can savor every moment we have left together. The good and the bad. We have given each other All that we have."

Vujacic spent seven seasons with Bryant on the Lakers, winning two titles (2009, 2010), and said he understands how injuries have impacted Bryant's ability to play the game.

Bryant is averaging 15.5 points and 4.1 rebounds per game so far this season.