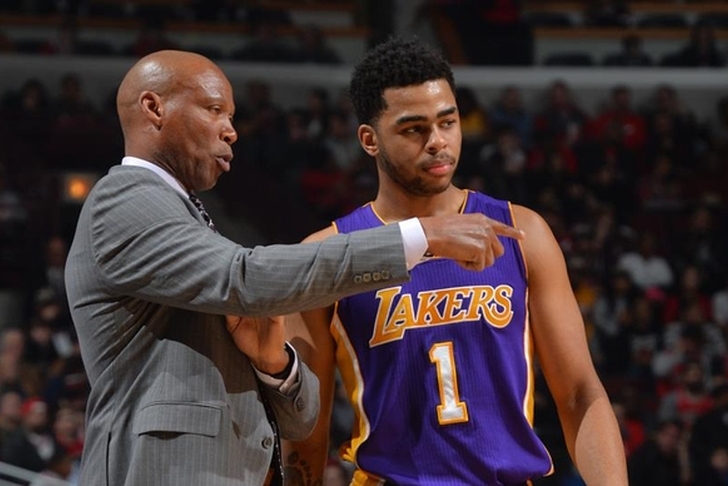 The Los Angeles Lakers have been one of the NBA's worst offensive teams all season, largely due to their lack of ball movement and over-reliance of isolation sets for Kobe Bryant and others. So, in an effort to help this team build momemtum going into next season, head coach Byron Scott is changing up their offensive system.

"Get more ball movement, get more player movement," Scott said. "I think we're one of the lowest teams in the league to get the ball moving from side to side so I wanted to change that. I told them today that we're going to do it for the rest of the season.

"It's something that I think will help us in the long run. I was going to wait until next year to do it and then I said, 'Why wait? Let's implement it now. It's something we'll continue to do during the summer."

That news really excited rookie point guard D'Angelo Russell, who thinks the new system will help him and the rest of the team have more room to make plays.

"I think it's a great set. I like it," Russell said. "For players that are really iso-oriented, they won't really play their best in this set because it's forcing it to be kind of crowded when you're trying to go one-on-one."