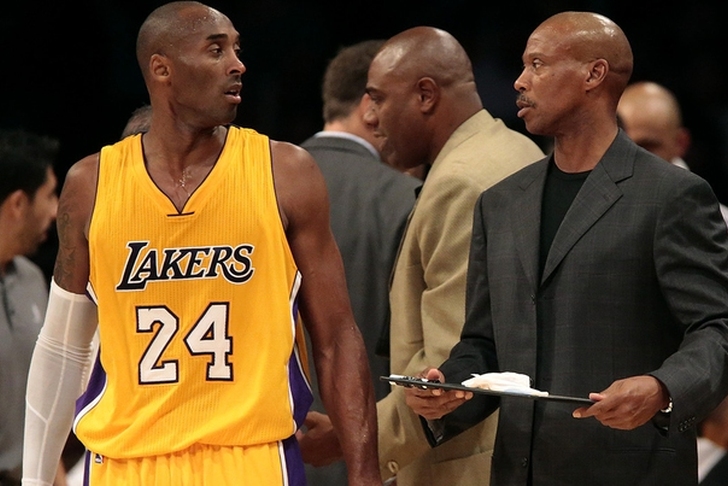 Los Angeles Lakers head coach Byron Scott told reporters earlier this season that star guard Kobe Bryant wanted to play in all 82 games this season, but he was forced to miss two games - including part of the Lakers' first back-to-back of the season - with back pain. With LA's second back-to-back approaching earlier this week, Scott isn't sure if Bryant will play in both games:

"Obviously, it will be on how he feels tomorrow," Scott said. "When we get to the arena and if he says, ‘I feel good and I feel great,' let's just try to keep it at the normal minutes and see how he does. If he says, ‘I'm a little tired, maybe get me out a little bit earlier,' I'll adjust the minutes to that. But this is all foreign to us."

Bryant did not attend shootaround on Sunday morning and is listed as a gametime decision for Monday's contest against the Detroit Pistons.

"When your body is telling you I feel pretty good in the morning, then that afternoon your body is saying I'm a little tired, things can change," Scott said, chuckling. "It's going to be a lot of playing it by ear. I would think right now. Then we'll go from there."

Reports surfaced earlier this season that the 37-year-old might retire after this season as his injuries have mounted in recent years. Bryant played in just six games in the 2013-14 season while recovering from a torn Achilles, and played in only 35 games last year after tearing his rotator cuff.

Bryant is averaging 16.9 points and 3.7 rebounds per game so far this season.