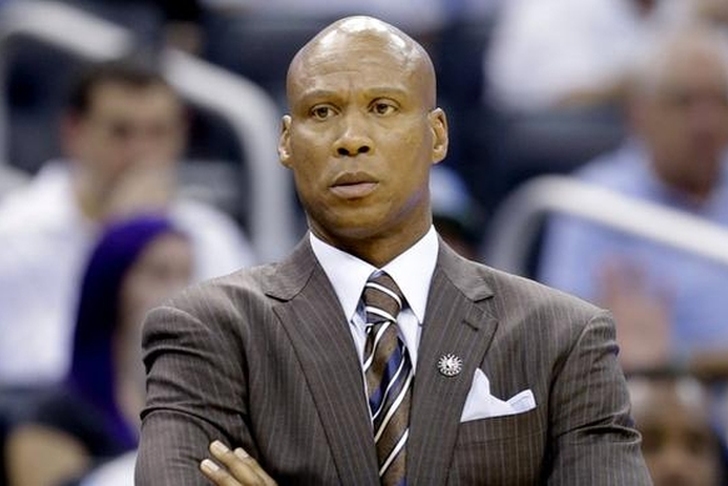 The Golden State Warriors are off to the best start in NBA history, raising the question if they're the best team the league has ever seen. Los Angeles Lakers head coach Byron Scott doesn't think so, saying the "Showtime" Lakers of the 1980's would "absolutely" beat the Warriors:

"It would be interesting," Scott said. "The one thing I think this [Golden State Warriors] team couldn’t do on a daily basis against us that they’re doing against everybody else is go small. You have Magic [Johnson] and James [Worthy] and Kareem [Abdul-Jabbar] as post-up players that demand a double-team. It would be a whole lot harder [for the Warriors]. [Warriors forward] Draymond [Green] is a great defender and I have a lot of respect for him, but guarding James Worthy? Or guarding Kareem? That wouldn’t happen. It would be interesting. It would be very interesting."

However, Scott did say it's extremely tough trying to stop the Warriors' high-octane attack.

"It’s easy say [stop them]. I think there are 15 other teams that have tried it [this season], too, and it hasn’t worked. We can go back to the NBA Finals, where they won the last three games as well. Right now, they’re just playing at an unbelievable level and I think their confidence is probably at an all-time high. Everybody says the same thing -- you’ve got to take away their threes and layups and make them a mid-range type shooting team. That’s easy to say."

Golden State is going for a NBA-record 16-0 start against the Lakers on Tuesday night.