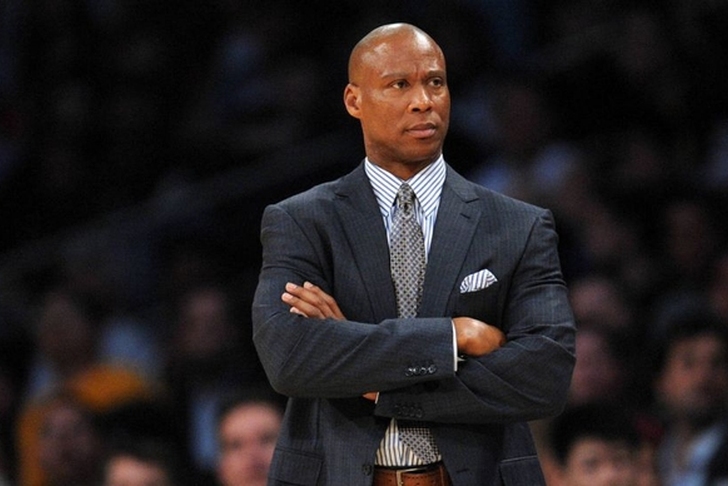 The Los Angeles Lakers finished the season with a memorable win over the Jazz behind 60 points from Kobe Bryant, but it was still the worst season in franchise history. It's the second straight year the Lakers have set that mark, both of which have occured under head coach Byron Scott.

Many expected Scott to be fired because of his 38-126 record over the past two years - yet that doesn't appear to be happening. According to The Vertical's Adrian Wojnarowski, there's a "strong belief" within the organization that he'll be back on the sidelines next year.

Coach Byron Scott has a team option on his contract for next season, league sources told The Vertical, and there's strong belief within the organization that he'll be brought back next season. For now, there's too much discord in ownership to generate a consensus on making a coaching change, sources said.

Scott has ties with the franchise going back to his playing days, but it would still be a shocking move to keep one of the worst coaches in NBA history. He has more losses than any other coach in NBA history who has coached at least 1,000 games.

The Lakers are rumored to be the favorites to land Warriors assistant coach Luke Walton this offseason, who is one of the hottest coaching candidates on the market after leading Golden State to the best start in NBA history as the team's interim head coach. Walton played for Los Angeles from 2003-2012.