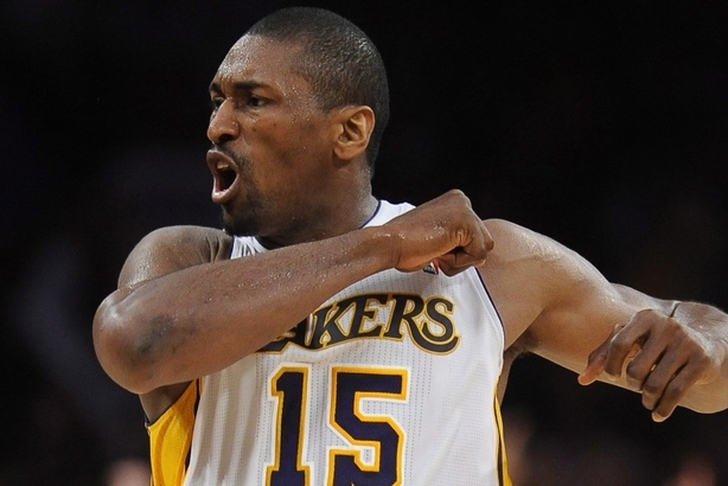 The Los Angeles Lakers have facilitated a one-year reunion with Metta World Peace, per Adrian Wojnarowski of Yahoo! Sports:

World Peace will sign his non-guaranteed deal on Thursday -- a pact that will be contingent on a physical scheduled for Friday. He is expected to make the roster and come off the bench as a veteran small forward option for Lakers head coach Byron Scott.

According to Wojnarowski's report, World Peace will join the team at its training camp in Hawaii on Monday. World Peace played four seasons with the Lakers from 2009-13, including playing a major role for the team during its 2010 championship run. \

The 35-year-old has been out of the league since the New York Knicks waived him during the 2013-14 season. He played stints in China and Italy this past season.

Stay tuned for additional information as this story develops.