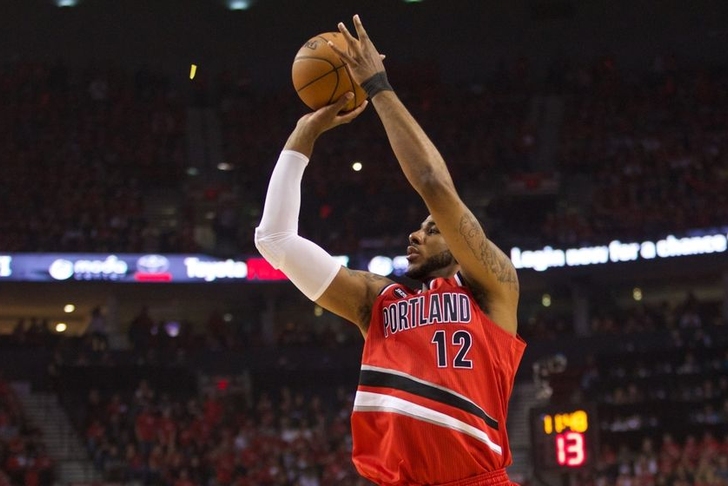 LaMarcus Aldridge, the most coveted free agent on the open market, will not be signing with the Los Angeles Lakers, according to the LA Times' Mike Bresnahan:

LaMarcus Aldridge will not be joining the Lakers, The Times has learned. They were a 50-50 choice but he disliked bball part of presentation

The Lakers were thought to be rising quickly in the race to land the talented power forward, and were challenging the Spurs to land his services.

Now that they're out of the picture, it appears that Aldridge will almost certainly land in San Antonio.

After spending his first nine seasons in Portland, Aldridge was beginning to feel overshadowed by Blazers point guard Damian Lillard, and wanted a change of scenery with a chance to win a title.