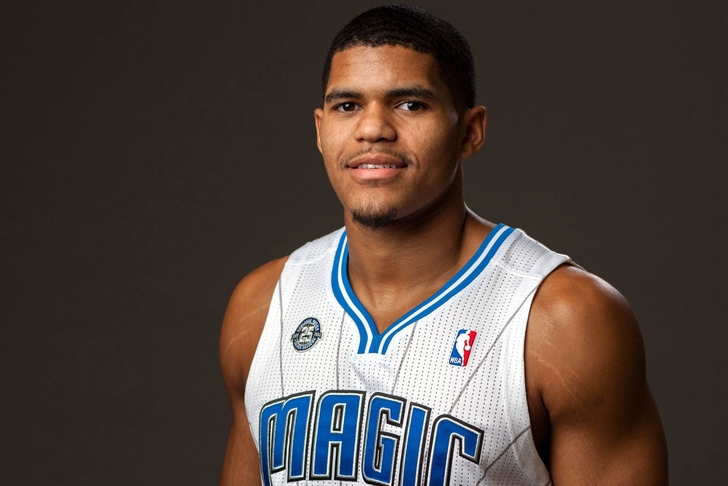 The Los Angeles Lakers may be playing out the string on a disappointing 2014-15 campaign, but there's plenty of reasons for optimism heading into one of the most important free agency periods in franchise history this summer. We'll show you what they are in Your Los Angeles Lakers Rumors Roundup For March 27th.

While the Orlando Magic will likely extend Harris a qualifying offer, Steve Kyler of Basketball Insider indicates that Harris will likely be “obtainable” for a team like the Lakers if they extend an offer big enough to scare the Magic off.

However, the Lakers will also have to contend with the likes of the Philadelphia 76ers, New York Knicks, and maybe the Atlanta Hawks -- all teams who will likely be in the market for a young, athletic frontcourt piece this summer.

That's the decision ESPN's Ramona Shelburne thinks the Lakers would make if they someone land the first overall pick in the 2015 NBA Draft.

"I’m telling you half the league would pick Karl first," Shelburne said recently. "Yes. He has the much higher ceiling."

Both Okafor (Duke) and Towns (Kentucky) are expected to forgo the rest of their availability to declare for the 2015 NBA Draft, and both are big men with remarkable upside that will be considered by whoever grabs the #1 pick.