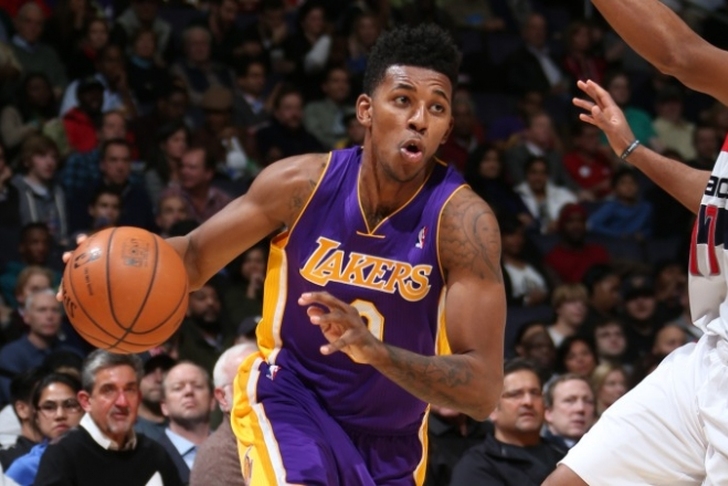 The Los Angeles Lakers (12-33) host the Washington Wizards (30-15) Tuesday night in a battle of two teams headed in very different directions this season.

The Wizards have risen all the way up to second place in the Eastern Conference behind the excellent play of PG John Wall, and a deep supporting cast has helped Washington cement their place among the best teams in the East.

The Lakers are once again without Kobe Bryant, set to undergo surgery on a torn rotator cuff tomorrow and officially out for the season. They'll also be without the player who was so emphatic about stepping up in Kobe's absence, as Nick Young will miss out with an ankle problem.

Who steps up for the Lakers?

With both Kobe and Nick Young set to miss out, the Lakers need someone to help carry the load on offense. C Jordan Hill is third on the team in points per game with 12.3, but he'll find it tough to rack up points against a Washington frontcourt that can pair Nene Hilario with Marcin Gortat. SG Wayne Ellington will likely start in place of Bryant/Young - he's averaging 11 points on 50% shooting from the field over his last three games.

Wall has been dealing with a sore left Achilles for a few days now, and he's currently listed as questionable. Wall is averaging 16.8 points and 10.8 assists over his last five games, but his shooting percentage has dipped from .495 in December to .469 so far in January.

The Lakers are going to be outmatched in this one from the beginning, and they'll be heavy underdogs even if John Wall ends up sitting out. Washington is a good defensive team, and the Lakers have had serious trouble scoring during a stretch that's seen them lose 17 of their last 21. While surprising upsets happen all the time in the NBA, we wouldn't put money on the depleted Lakers pulling one off here.