Why Jeremy Lin is the Point Guard the Lakers Need 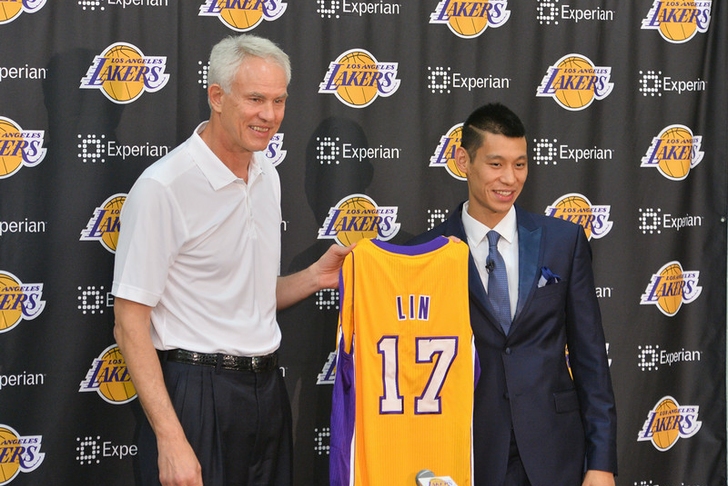 The Los Angeles Lakers were scrambling to find a point guard last season when Steve Nash went down with various injuries that caused him to miss most of the 2013-14 season. The solution at the time was Kendall Marshall, who did a decent job in former head coach Mike D'Antoni's offense, but he was not the long term answer.

To upgrade the position, the Lakers went out and got Jeremy Lin from the Houston Rockets. Many didn't like the move, pointing to Lin's defensive struggles and inconsistent jump shot. However, he's a perfect fit for the current Los Angeles roster.

First off, Lin understands that this is Kobe's team, which any new Laker has to understand to be successful.

His skills are best suited as a complementary player, though he can take over a game at times - which he might have to with Byron Scott planning to limit Bryant's minutes.

Lin also has the ability to attack the basket to create for himself and for others, both of which will be key in Los Angeles. Outside of Bryant, Nick Young, and first-round pick Julius Randle, that Lakers don't have many guys who can create their own shot. Lin works best as a pass-first point guard, so putting him in this role will not only make him more effective, but it will make the rest of the team more effective.

Also, sitting behind Steve Nash and being a part-time starter will give Lin an opportunity to learn from one of the best. We already know the Harvard alum is extremely smart, so having a year to learn behind one of the best point guards in league history will only be beneficial.

Jeremy Lin is not going to be the guy that comes in and saves the Laker franchise, and he's not even coming in to be the long term answer at that position. However, he is good enough to vastly improve Los Angeles, and could see himself in a Laker uniform (starting or not) for a long, long time.