Which Lakers Will Be Better Than Advertised in 2013-14? 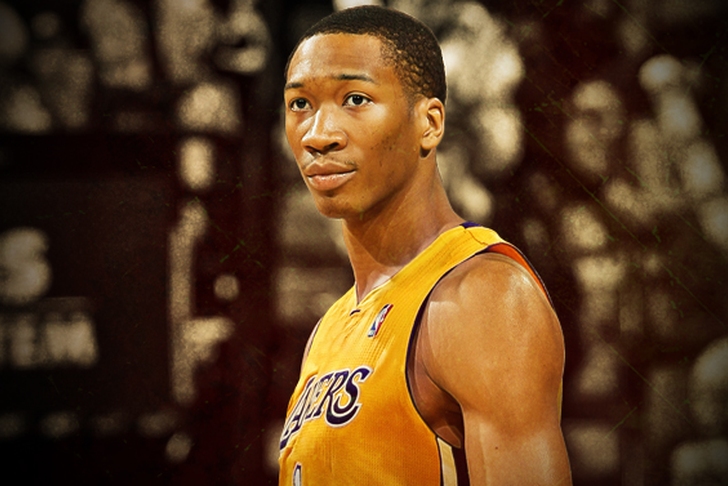 Essentially, the Lakers are starting over from scratch. This upcoming season will see them bring in a roster of new names, some of whom probably won’t play in LA for longer than a year. Almost everyone signed this offseason was signed to a one-year contract, but the Lakers have a number of players who could surprise fans next year by exceeding expectations.

During Johnson's one and only season at Syracuse, he went from being a solid pro prospect to a lock for a top-5 pick. This leap into stardom came quickly, but didn’t last long.

As soon as he got to the league, Johnson was supposed to be able to score and handle himself in the post against smaller opponents, or stretch the floor out to the three point line. Unfortunately, things didn’t pan out, and Johnson hasn’t made much of an impact in the NBA.

Johnson hasn't shown the talent that he displayed at Syracuse in his 3 seasons so far. This season for the Lakers, he’ll have much less pressure on him than he has in the past, and he should be able to improve a fair amount. Johnson won't be an All-Star in his career, but don't be surprised to see him make as a difference-maker on a contending team at some point down the road.

Steve Nash was terrible last year - he’ll be the first to admit that he had a rough season. Nash never really looked comfortable on the court, and was hampered for much of the year by nagging injuries.

This season, Nash will be forced to run the team, and hopefully he’ll run it the way he did back in his prime back in Phoenix. He may be close to the end of his career, but Nash hasn’t forgotten how to shoot. Expect nothing less than 10 ppg and 10 apg along with 40% shooting from deep.

Kaman has been unable to remain healthy throughout his career. Nobody should forget that he was an All-Star not long ago - before Chris Paul and Blake Griffin, Kaman was the guy the Clippers were building around. He still has solid post moves and can finish well with either hand.

If Kaman can stay healthy, and that is a big IF, he should be able to score at least 12 points per game and pull down 8 or so rebounds every night. Additionally, the Lakers will count on Kaman to clog the lane on defense. He isn't an elite defender by any stretch, but Kaman has still managed to average almost 1.5 blocks a game over his career.

The Black Mamba is 35 years old. He’s coming off a very serious injury that could easily force a man half his age to miss at least 10 months of action. Kobe is looking to do the impossible - not that doing the impossible has stopped him before.

Nobody should ever rule out Kobe, and the fact that some people have is no doubt a huge motivator. The fact that some fans and pundits are claiming he’ll never be the same can only increase his drive to come back and have a huge season.

Kobe will miss. He posted a video of himself running on Instagram recently, so he’s definitely ahead of the curve, but he could still be several months away from full practices. Even if he won’t be ready for opening night, it’s hard to see him being able to stand watching more than a month of games from the sideline.

Kobe still has one ring less than Michael Jordan, and he’ll never give up on that sixth title while he can still play. Anyone who thinks Kobe will put up less than 25 ppg this season should know that it’s only happened once this millennium – during the failed "Dream Team" season back in 2003-04.