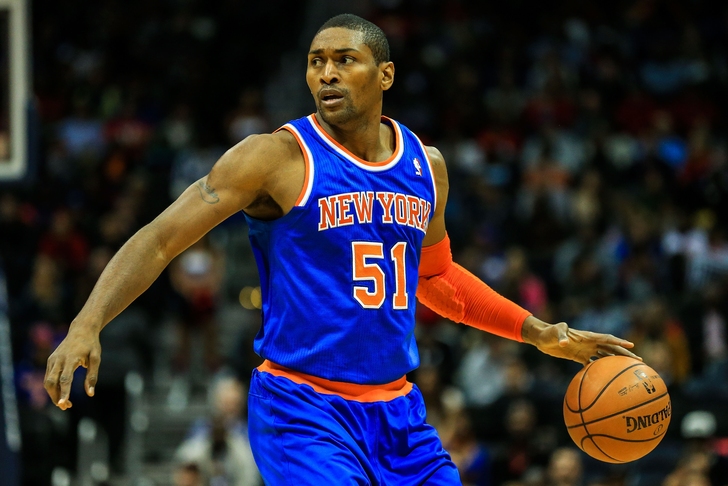 After being amnestied by the Los Angeles Lakers last summer, Metta World Peace found a temporary home with the New York Knicks for the 2013-14 NBA season. World Peace made just 29 appearances with the team, logging just 388 minutes while slogging through a left knee strain - the same knee in which he suffered a tear to the lateral meniscus during his last season in Hollywood.

Despite currently working as a high school coach, the player formerly know as Ron Artest told Larry King in a recent interview that he doesn't intend to retire any time soon. In fact, he's throwing his name in the hat as a potential free agent for all 30 NBA teams to consider:

The full interview with King will air on "Larry King Now" on Wednesday. You can catch it on both Ora TV and Hulu.

Thanks to Dan Devine of Ball Don't Lie for the footage.