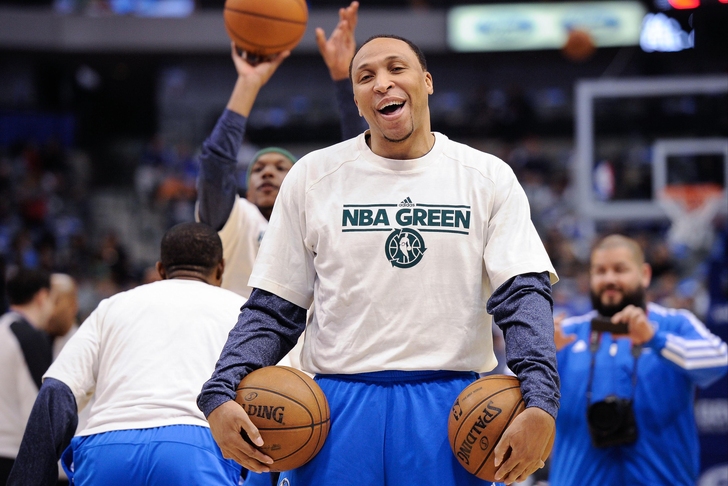 It's been a busy offseason in Hollywood. With the acquisitions of Carlos Boozer and Jeremy Lin, along with the impending NBA debut of Kentucky phenom Julius Randle, things are getting very exciting for the Los Angeles Lakers heading into the 2014-15 NBA season.

However, don't think for a minute that general manager Mitch Kupchak is done shopping. There are still plenty of free-agent options out there for the Lakers to consider, with one marquee name still lingering on the tongues of Lakers fans around the world. Who is it? Who else could the Lakers pursue? We're here to provide these answers and more with our Top 5 Remaining Free Agents The Lakers Could Sign.

The second pick of the 2008 NBA Draft garnered himself a less-than-stellar rap during his first five years in the league, never quite living up to the potential attributed to him upon his entrance into the NBA. However, Beasley impressed in limited playing time in his return to Miami in 2013-14, shooting a career-high 49.9% from the field while maintaining a very professional attitude in facing a reduced role.

Beasley would be a very solid pickup for the team need-wise at small forward and could still blossom into an impact player at the young age of 25.

Despite concerns over a neck injury that kept him out of action for the entirety of the 2013-14 NBA season, Okafor's size and innate toughness present an intriguing fit for the Los Angeles Lakers. With Jordan Hill and Robert Sacre standing as the Lakers' two center options at the present moment, adding Okafor on a veteran minimum deal could go a long way in fortifying the Lakers' frontcourt rotation. He may be slowing down a step, but his defensive presence and sneaky offensive skill set position him as a low-risk, high-reward investment.

At first glance, adding "The Matrix" doesn't make any sense for Los Angeles. The Lakers are stacked at power forward already and seem to be focused primarily on solidifying the backcourt with the questions currently surrounding Steve Nash. However, Marion's versatility would give the Lakers the option of moving him to small forward where he could use his lockdown defensive skills and perimeter shooting to full effect. The Lakers previously expressed interest in Crawford just two weeks ago, and could very well pick up the young volume shooter at a discount in the current marketplace. Crawford has been having such a hard time catching on with a team that the Warriors have indicated that they'd be willing to step in and offer a sign-and-trade to help facilitate a move. Crawford's me-first tendencies could be troublesome, but he's a proven scorer who can light it up when he gets on a hot streak.

While this wouldn't be a conventional "free-agent signing," the possibility of landing a coveted restricted free agent such as Bledsoe via sign-and-trade is still worth the #1 spot on our list.

Despite a gap of about $32 million between the two sides, the Phoenix Suns remain convinced that emerging young star Eric Bledsoe will return to the team. The proposed sign-and-trade between Phoenix and Los Angeles has been on-again and off-again over the past couple weeks, with the deal currently rumored to be dead in the water. However, if the Lakers can swing it on terms that make sense for the team's future plans, expect it to happen in a heartbeat.

At just 24 years old, Bledsoe still has plenty of room to grow. That's a scary thought considering his jump to 17.7 points per game and 47.7% shooting from the field (both career bests) in his 43 games with Phoenix in 2013-14. The Lakers are undoubtedly aware of this and will likely mortgage the house for a chance at having Bledsoe make his superstar turn in Hollywood.

For all the latest Lakers rumors and news, follow our Los Angeles Lakers team page today!