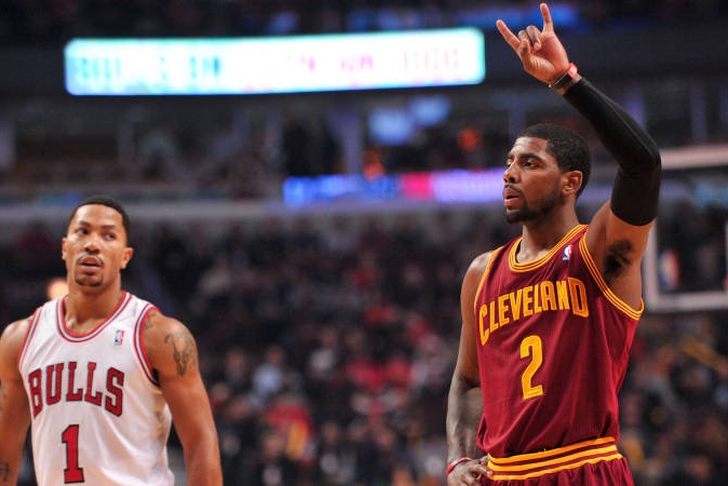 In today's batch of trending Lakers rumors, a litany of potential trades and free agent signings have been discussed involving the Los Angeles Lakers both in regards to the draft and this summer's free agent market.

With recent news that the Lakers may be looking to hold onto their selection, the likelihood of a trade is seemingly decreasing by the day. However, there are still plenty of options available that could lead to an immediate roster upgrade.

Per Sports World Report, Los Angeles "could target a trade for Kyrie Irving or potential deals for LaMarcus Aldridge, Deron Williams, Ricky Rubio or Kyle Lowry over the summer to give support to Kobe Bryant and Steve Nash, as the team has some money to spend if they want to."

Kyrie Irving may be a long shot, especially with Steve Nash likely remaining with the team for 2014-15. The Lakers would have to give up a ton in order to get Irving (including the 7th pick most likely), and unless a sign-and-trade is part of any potential deal, could lose Irving to restricted free agency after renting him for a year, or unrestricted after two.

Kyle Lowry may make the most sense out of anyone on this list. As an unrestricted free agent, he could command a good chunk of change on the free market - worth it if the Lakers truly believe that his jump to stardom in 2013-14 is a portent of great things to come. However, the Raptors could always attempt a sign-and-trade with Lowry, forcing someone else to pay him handsomely while they reap rewards in return.