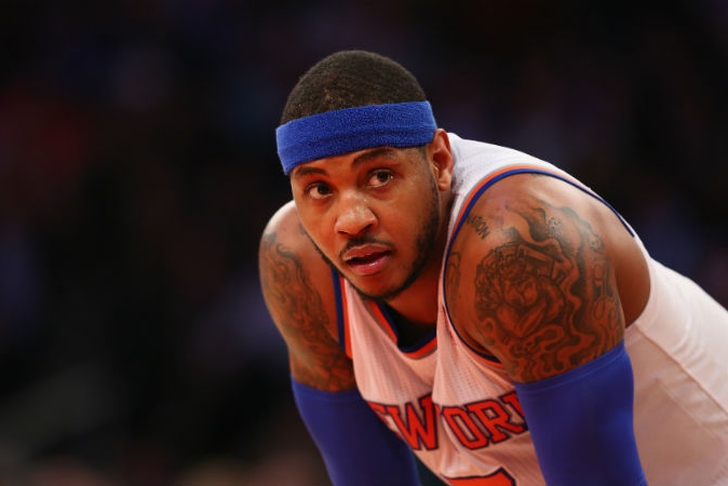 At the current moment, the Chicago Bulls and Houston Rockets look to be primary contenders for Melo's services on the open market. Both teams would have to make significant roster cuts and shifts in order to do so, however, which could potentially open the door for a team like the Dallas Mavericks or Los Angeles Lakers to make a pitch.

There have numerous conflicting reports surrounding the Lakers' potential interest in the seven-time All-Star, with the general assumption being that the team may at least contact Anthony if and when he becomes fair game.

Anthony stated to TMZ Sports that no one should "count on him" joining the Lakers anytime soon, but if the Lakers can put together an attractive offer to him - especially with the chance helping bring one of the league's most iconic franchises and markets back to championship glory - don't be surprised if Carmelo changes his tune over the next few weeks.