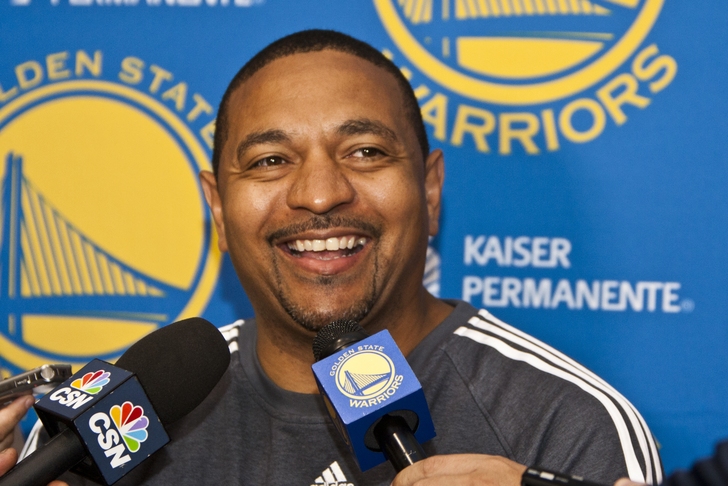 There is no shortage of potential names when it comes to the vacant Los Angeles Lakers coaching position. We here at Chat Sports are here to help you sift through the madness as Jim Buss and the rest of the Lakers front office continue to gather information about every coaching name under the sun.

Don't believe the hype, Lakers fans. Despite repeated protestations from both Ollie and UConn Huskies that he isn't leaving the program anytime soon, Ollie's a smart enough guy to realize that his stock in the coaching world will never be higher than after winning his first NCAA National Championship. It will most likely be up to the Lakers, not Ollie, on whether or not they think that success can translate under the bright lights at Staples Center.

Jeff Van Gundy deserves a job. Controversial or not, Van Gundy is a proven winner who has shown that he is adept at maximizing limited talent from an X's and O's perspective. Add into that the fact that the Lakers will have both salary cap room to play with and a lottery pick in one of the most loaded drafts in years, and Van Gundy could be the exact guy to take this Lakers team back to heights not seen since the Zen Master owned the city.

If the Lakers truly want to move in the complete opposite direction from Mike D'Antoni, there is no better option than the ultimate defense-first coach, Lionel Hollins. His Memphis Grizzlies teams suffocated you with shifting defensive schemes, putting just enough balls in the basket to win by scores that wouldn't look out of place in the Big Ten. Whether or not the Lakers have the right personnel for that right now is a different story.

Marketing? Check. Players' coach who can get the most out of Kobe, while keeping his respect? Check. A chip on his shoulder the size of the Hollywood sign -- one which will drive him to shove it down the Warriors' throats every time they meet up in the division? Check.

His placement on this list may seem odd, but the end is coming in Chicago for a coach whose unwavering confidence in himself has repeatedly irked Bulls' management. If the Bulls can pick up a haul in return for the defensive mastermind from the Lakers, don't be surprised at all when he is leading the purple and gold back to prominence.

Your Los Angeles Lakers whenever and wherever you want them. Download our new Chat Sports iPhone app and follow our Lakers team page today.