Three players the Lakers should consider in the 2014 NBA Draft 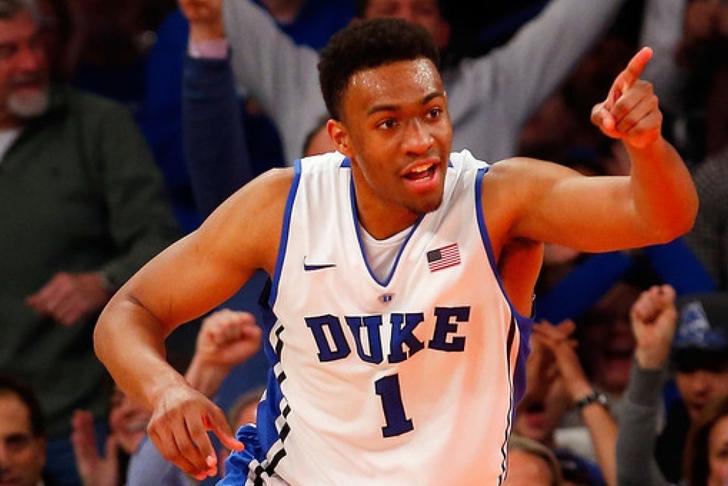 The actions of the 2014 NBA Draft—specifically the upcoming lottery selection on May 20—could ultimately decide the long term future of the Lakers. Considering a max deal player like Kevin Love is no guarantee to arrive in the immediate future, the one aspect that the Lakers do control is their projected top eight lottery pick.

As of now, the Lakers (20-39) are dead last in the Western Conference and are tied with Boston for the fourth-worst record in the NBA. This gives them an 11.9 percent chance at the number one overall pick.

In regards to narrowing down their selections in what is projected to be a loaded 2014 draft class, the Lakers simply need to decide on who they believe is the best player. For a Laker team that is in dire need at virtually every position, targeting a player that has the most potential/upside should outweigh someone who will fit the current team in the short run. Change is the only constant for struggling teams, therefore the Lakers will likely be looking for a new face to lead a fresh roster.

This brings us to three potential players the Lakers should look to draft: Julius Randle (Kentucky), Jabari Parker (Duke) and Dante Exum (Australia Institute of Sport). Other players like Noah Vonleh (Indiana) have been projected to land on the Lakers in certain mock drafts, but as mentioned before, the Lakers need to draft a potential long-term star, not an instant role player. Randle, Parker and Exum can potentially be those guys.

There is no questioning the raw ability of Randle. At his height, and with his athletic ability, Randle has been compared to a Zach Randolph that can jump. Simply said, Randle is the Swiss Army Knife when it comes to big men in this draft.

Big men are a dying breed in the NBA and with the potential departure of Pau Gasol next season, the Lakers will be needing someone to fill in down low immediately. Randle may still be developing, but his raw ability alone can provide held on both ends of the floor, specifically on the boards. This is something every contending team needs to be successful.

There is a legitimate argument to made in regards to Parker being the best player in this year's draft. Despite his age, Parker already has a fundamentally sound skill set, can jump out of the gym and is a player that is coachable. Combine that with his leadership on the court and you have a well of endless potential that has yet to be tapped.

For the Lakers, Parker would be the safest pick depending on where they land in the lottery. Parker is projected to be a top pick in most mock drafts, but the Lakers are also projected to be in the mix. When it's all said and done, there is a likelihood that Parker could be a Laker in the upcoming season.

If there is a wildcard in this draft, it is Exum. Considering Exum hails from Australia, he isn't a player with the notoriety of other lottery picks. The one glimpse that fans got from Exum was the Nike Hoop Summit this past year, where he had 16 points, three rebounds and two assists. And for most, this was good enough.

Similar to Randle and Parker, Exum is also projected to go in top five and in some mock drafts, he is also projected to go to the Lakers. Exum may very well be the best point guard in the draft and on that note alone, he is someone the Lakers will be heavily considering to take. As the guard driven league continues to cater towards their smaller players, Exum would also make a lot of sense for the lakers, who haven't been with a stable starting guard since Derek Fisher. He may not be an instant all-star, but there is no reason why he can't be the starting point guard for the Lakers moving forward.