The Week Of Our Discontent 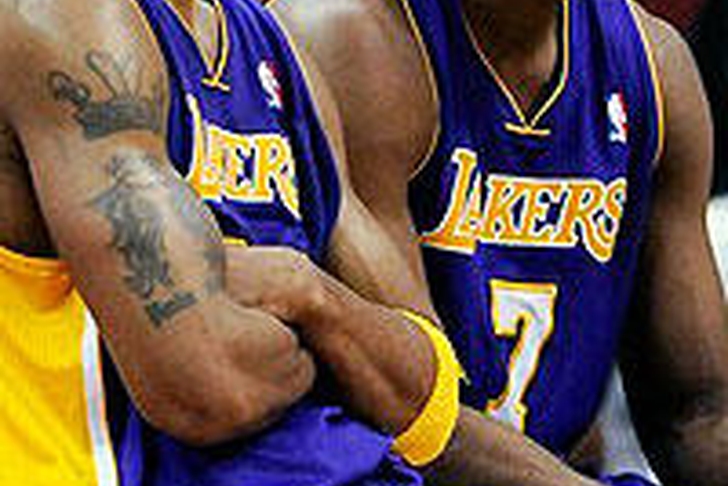 The future of the Los Angeles Lakers may have just been decided in this past week, a stretch of days that saw trades denied, players scorned, veterans upset, and the loss of NBA credibility.

In the span of a few short days, the Lakers rode a roller coaster that started with an aging team ready for one last run, then climbed to the top of the highest peak with a trade for a young PG superstar, before crashing down to the bottom with a blocked trade, an angry teammate, a forced trade for five cents on the dollar, and an unlikely hope of a deal with Orlando.

Before delving into the actual blocking of the Lakers' trade for Chris Paul, many have overlooked the fact that it might not have been the best deal for the Lakers. Fans, players, and executives were shocked at the Lakers' dismissal from the NBA playoffs last season, and it's hard not to feel that a change was necessary after being swept in such a fashion. But don't forget about the fact that if the Lakers had beaten the Celtics in 2008, then they would have already had a three-peat before last season started, and last season would've been a major lame duck season anyway, which tends to happen after going to three straight NBA Finals.

Fast forward to this offseason, with the fresh taste of a Dallas beatdown in everyone's mouths. Rightfully so, Mitch Kupchak looked at the Lakers current roster, and saw a group that was up there in both games played and years of age, a real need at the PG position, and a lot of gaps to fill on the bench. Fan pressure may have played a part in the executive's thinking, as Lakers fans salivated at the thought of having an superstar PG, while clearing space for a potential second trade involving Dwight Howard.

Fans are fans though, and sometimes overlook things like health issues, which have plagued Chris Paul over the years. Not to mention that giving up Pau Gasol and Lamar Odom, two 7-footers, for a PG is not necessarily a safe move. The NBA is a big boy league, and while Chris Paul can dazzle and sometimes score at will, skillful 7-footers will always trump PGs come playoff time. And don't forget that this move seemed to be opening up the roster for Dwight Howard, even though it seemed to insiders that the Lakers would need to trade Bynum AND Gasol for Howard.

But Kupchak and the Lakers pulled the trigger on the deal, which would've sent Lamar Odom to New Orleans and Pau Gasol to Houston, while getting Chris Paul in return. Twitter nearly exploded, and Lakers fans were overcome with happiness.

This lasted a very short time though, as I'm sure you're all aware by now, when David Stern (acting owner of the New Orleans Hornets) nixed the trade. Aside from the obvious tampering, double standard, and conflict of interest issues brought up by the NBA commissioner blocking an agree-upon and fair trade, the outcome was even more dire for the Lakers.

The blocked trade meant that Odom and Gasol would remain Lakers, even though they knew that their own GM had tried fervently to trade them. Both Odom and Gasol could easily be considered "fragile" individuals, so one would think that this gesture would not go over too well with either of them. Unsurprisingly, Odom went to the press immediately, stating his disapproval and the fact that he didn't know what to do going forward. Instead of handling the situation like an adult that is paid a reasonable sum of money to play basketball, he reverted to newly acquired diva status and demanded a trade. Gasol on the other hand continued to practice with the team, even though it's apparent that this will effect his relationship with the team moving forward.

Odom was then shipped to Dallas for next to nothing, in a move that was repackaged to the fans as a "clearing cap room for Dwight Howard" move. Three problems arose from this deal: The first being that the Lakers gave up a great player for nothing, which is bad EVEN IF you're trying to add some space to the roster. Secondly, this move really pissed off your veteran leaders in Kobe and D-Fish, who didn't like the move one bit and didn't mind telling everyone. And thirdly, a trade to get Dwight Howard almost certainly needs to include Pau and Bynum, which now means that you've essentially traded Pau, Bynum, and Odom for Dwight Howard. A very steep price if you ask me, and that leaves the cupboard pretty barren.

To add insult to injury, the Clippers of all teams seem to have the inside track on Chris Paul, which makes every Lakers fan cringe. Luckily, David Stern is still running the show, and his penchant for asking for too much in trades for CP3 may eventually kill this deal.

So after this whirlwind week, where are we now? If the Lakers do trade for Dwight Howard, they'll be left with Howard, Kobe, Artest, Fisher, and Caracter(?) as starters, and a mix-bag of a bench. They'd have enough space to sign a free agent or two, but there's no one available to sign that would make that roster a title contender. Or they could stick with what they've got, sign players like Afflalo or Aaron Brooks, stick this year out, and see what they can do in free agency or with any trades next offseason.

Either way, things a looking a lot worse for the Lakers and their fans that it did merely one week ago.