The Top 5 Lakers Coaching Candidates As Of 5/10 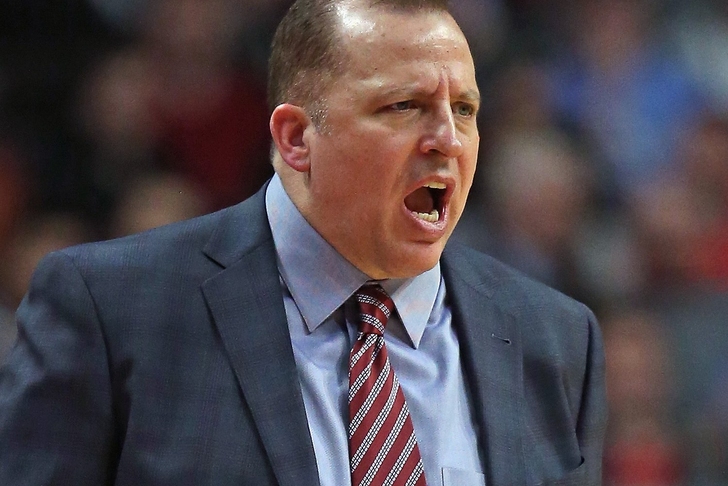 The Los Angeles Lakers aren't looking to rush anything when it comes to find the replacement for embattled former coach Mike D'Antoni. The process of finding the right guy to lead the team back to prominence will most likely last into the summer, and we are here to keep you updated on the latest favorites to take over on the sidelines at Staples Center.

Steve Kerr's rise from NBA analyst to one of the hottest coaching prospects in recent memory is no fluke. His attention to detail and leadership qualities as a player were huge in helping both Phil Jackson (with the Bulls) and Gregg Popovich (Spurs) in cementing their place atop the NBA coaching mountain. Kerr, from Jackson's perspective, is the Zen Master's philosophical twin -- something which may be welcomed with open arms by Lakers' management and Kobe Bryant after the failures of the Mike D'Antoni-era.

The worrisome part about a potential Hollins' hire has nothing to do with his work as a head coach. He would infuse a much-needed blast of defensive philosophy which, if implemented correctly with the talent currently on the roster (plus a lottery pick/cap space), could vault the Lakers back into playoff contention sooner rather than later. However, Hollins is fiery to a fault -- and has never coached under the weight of the media in a big market before.

While this is contingent on whether or not the Bulls allow the Lakers to speak with Thibs, adding one of the most respected coaches in the game -- who just happens to be one of Kobe Bryant's favorite coaches on this planet -- would be a coup of epic proportions for a Lakers organization which has seemed rudderless with its last three coaching hires. As long as Thibodeau doesn't bring his front office distrust with him from the Windy City, this could be a serendipitous hire for the Los Angeles Lakers.

Forgive everyone for forgetting about Derek Fisher as a Lakers coaching candidate, with his Oklahoma City Thunder team embroiled in a potential series-for-the-ages with the Los Angeles Clippers. However, while Fisher is being consistently referred to as a "wild card" in the Lakers' hiring process, don't believe the spin. He is a legitimate threat to take the job running away for two reasons: his very close relationship with not-an-executive-but-he's-Kobe-Bryant and the fact that Kurt Rambis is now on the staff to help through the growing pains of transitioning from player to coach.

Scott's resume' took a slight hit with a relative debacle of a tenure as Cleveland Cavs head coach, however he has all the qualities that Jim and Jeannie Buss are looking for in a head coach -- plus a direct link to the glory days of the "Showtime" era. Scott is money with young guards (which the Lakers have a lot of), and deserves another chance to recreate the best of his coaching career in New Jersey -- having both the money and willingness to spend it behind him in order to give him the best chance to succeed.

We're keeping our eyes on the Los Angeles Lakers all offseason long, as the team searches for its next head coach. Download our new Chat Sports iPhone app and follow our Lakers page today.